South Sudan gained independence on on July 9, 2011. Since then, the people and state authorities have been trying to build a functioning society, providing support in the areas of education, health and social services based on the principles of peace. At first Caritas Czech Republic focused on help in two areas, Kimatong and Loming, ensuring access to water resources. Nowadays Caritas CR provides vaccination of animals in the region of Kapoeta East. 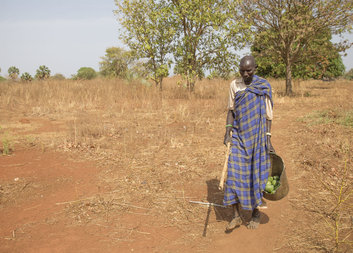 “My body was shaking from hunger,” said Julia Kefi, a 65 year old widow living in Rajaf, a rural village in South Sudan. “So I set off at 7 am to find wild vegetables and am returning now at midday. Food in the bush is becoming scarce. Once that’s finished, we will wait for death.” Sometimes Julia is too weak to make the arduous trip into the bush. “We share so that everyone makes it to the end of the day,” she said. Read more on a new webiste of Caritas Internationalis dedicated to South Sudan (HERE). 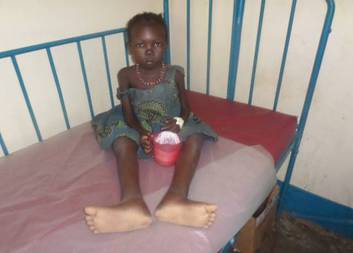 South Sudan famine: I write with tears in my eyes

Parts of South Sudan face famine due to an ongoing civil war, collapse of law and order and drought. William Okot de Toby is the managing director of a diocesan Caritas, Caritas Torit, in the south-eastern part of the country. He answered questions by workers of Caritas Internationalis. Read more on caritas.org. 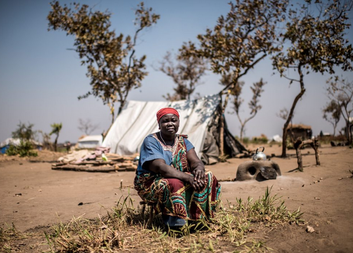 Seven months ago, Bidi Bidi was a quiet village in the grasslands of northern Uganda. Now, with a population of over 272,000 for Bidi bidi alone, it is the second biggest refugee camp in the world. The refugees are fleeing war and famine in South Sudan. 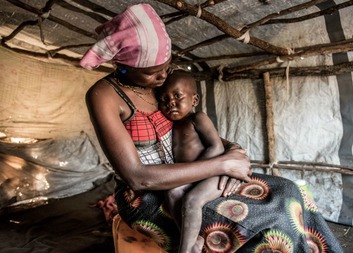 Following the declaration of famine in Unity State, South Sudan this week, the country’s Catholic bishops have issued a powerful pastoral letter condemning the country’s civil war and labelling the famine as “man-made”. In a hard-hitting document responding to dire reports coming in from all seven dioceses in the country, the bishops denounce government and opposition violence being perpetrated against civilians: “The killing, torturing and raping of civilians is a war crime”. 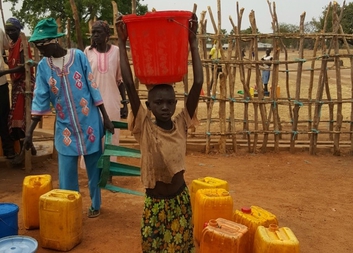 Pope Francis has urgently appealed for food aid to help millions of South Sudanese “condemned to death by hunger”. His plea followed the United Nation’s declaration of famine in the stricken country, with 275,000 children severely malnourished and more than 5 million people urgently in need of food and agricultural assistance. 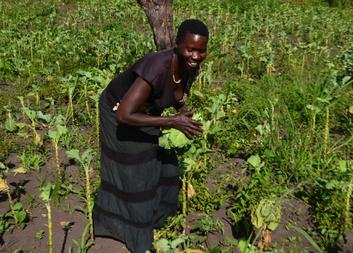 "How to make a living during the war"

Under this motto, farmers from the Ayaci and Magwe regions in the southern Sudan organized an Agriculture Day in December 2016. Originally, an agricultural fair was planned, but organizers had to cancel it because of the precarious security situation in the country, where the next phase of the civil war broke out. They offered a thematic day for local residents, instead. 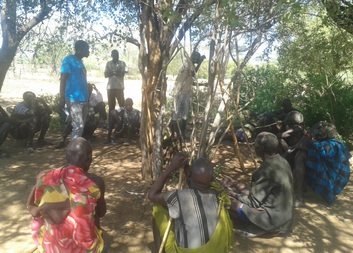 Subsistence of South Sudan inhabitants largely depends on animal production. That is why Caritas Czech Republic in Narus area in Kapoeta East was learning how to treat meat and milk products to comply with sanitary conditions. 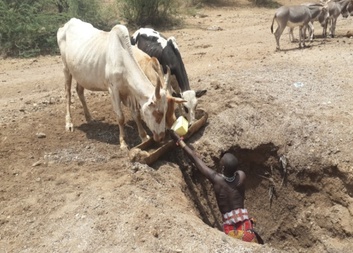 60,000 head of cattle were vaccinated in South Sudan

The cattle of South Sudan region Kapoeta East received their third of a series of vaccinations. The first vaccination had been administered by Caritas Czech Republic in 2014 because of a threat of mass death of the cattle and subsequent food crisis. 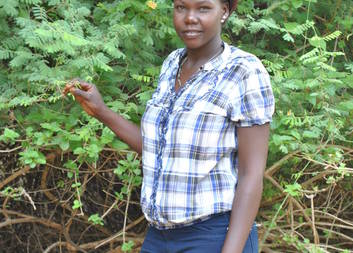 Grace (25 years old) takes care of her two small children and lives in Narus, the central town of the administrative region of Kapoeta East, in the state of Eastern Equatoria in Southern Sudan. It is ‘the’ city, where one can trade and where the electricity works for a particular part of the day – if the inhabitants of local huts own their own generator or solar panels. Originally, Grace comes from the area called Mogos, where the members of the Toposa tribe practice their traditional way of life. She decided to challenge this through her education. 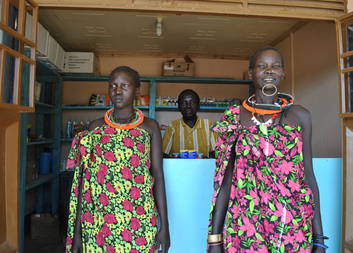 For the third year running, Caritas Czech Republic has been vaccinating and nursing the Topos tribe’s farm animals. A newly built veterinary clinic was opened in January in Narus, the capital of Kapoeta East region.