Fares wants to open his own shoemaker's workshop in Syria

Syria used to be a beautiful country but now it is scarred by a long-running civil war, which affects lives of everyone in the region. The conflict has claimed the lives of almost half a million people. Millions others had their lives turned upside down. One of them is also Fares, whom we help with starting his shoemaker's business.

To stand on their own two feet

The Syrian civil war has been going on for more ten years now and in that time, it has driven more than 13 million people from their homes. Some of them had to emigrate out of the country, whilst some stayed in Syria. According to the UN, there is around 2.7 million internally displaced people in the northeast of the country. Caritas Czech Republic has been helping people in Syria since 2013 and this year we support young people to get back on their feet. Not long ago, we helped 26-year-old student Fares.

Fares used to study at a university in the city of Homs, however, due to the war, he had to flee to safety to Idlib. He tried to find a job, but without luck. “After I was forced to leave my home, I couldn’t find a new job. There are lot of refugees in the region but not enough work,” says Fares. 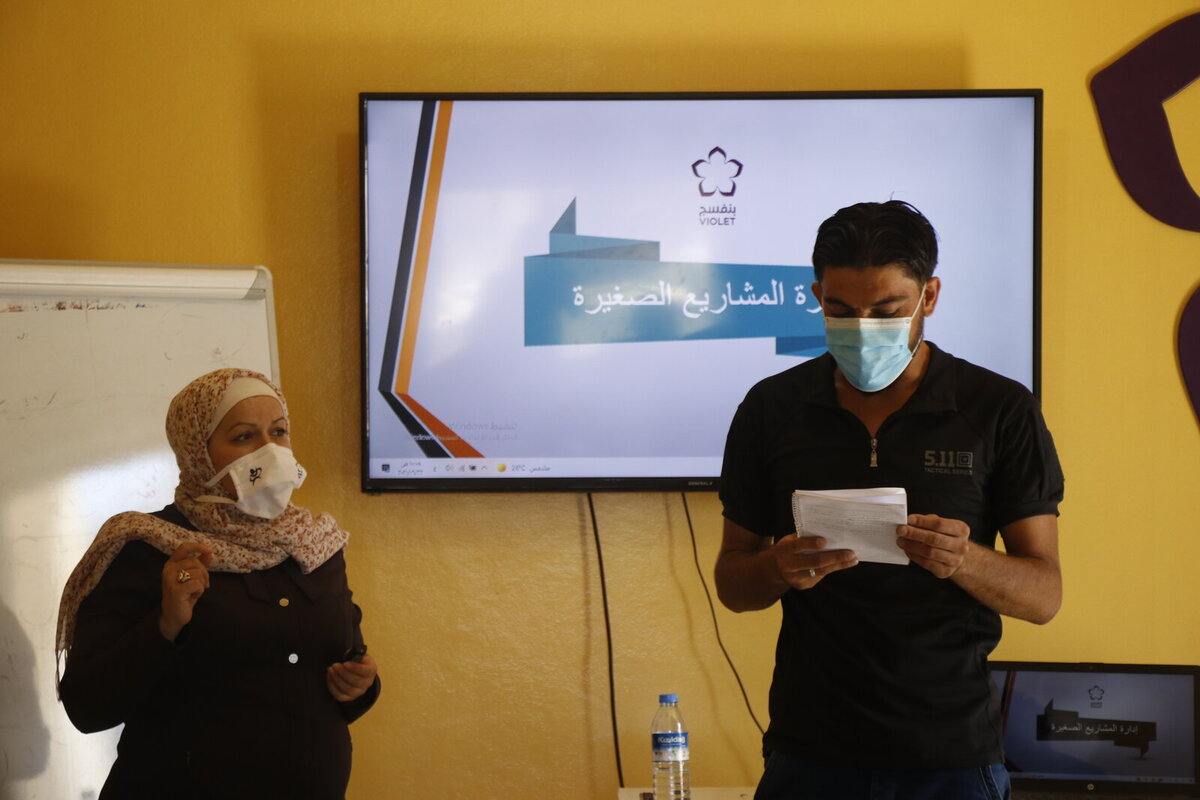 Caritas will educate 420 young people in 2021 and teach them basis of entrepreneurship and finance. We will at the same time provide the people with mentoring and small grants to make sure their start-ups are successful. Fares was also one of the 420 people and he loved the workshops: “The seminars were very interesting – I learned a lot of new things, like for example how to lead my team and projects, as well as how to effectively communicate with my employees and customers,” Fares adds.

“My dream is to run a small shoemaker's shop, which will not only assure I have income, but will also allow me to help people around me – I will employ my neighbours that couldn’t find a job and are in a similar situation that I was,” says Fares with a grateful smile.

The activities to support young people in Syria are part of our project Emergency livelihoods support for vulnerable and marginalized youth in Idlib, Syria, funded by the Ministry of Foreign Affairs of the Czech Republic.