Iraq still suffers from the consequences of years of armed conflict and political turmoil. The country has been affected the most by the recent invasion of the self-proclaimed Islamic State which has forced millions of Iraqis to leave their homes. To this day, many people do not have adequate shelter, access to basic services, and not even a sufficient livelihood.

Caritas Czech Republic has been operating in Iraq since 2015 and our work is gradually transitioning from providing immediate humanitarian aid to more permanent forms of aid, such as restoration of livelihoods and creation of new jobs. Our mission in Iraq quickly grew to become a stable branch with dozens of employees who operate in six Iraqi regions. 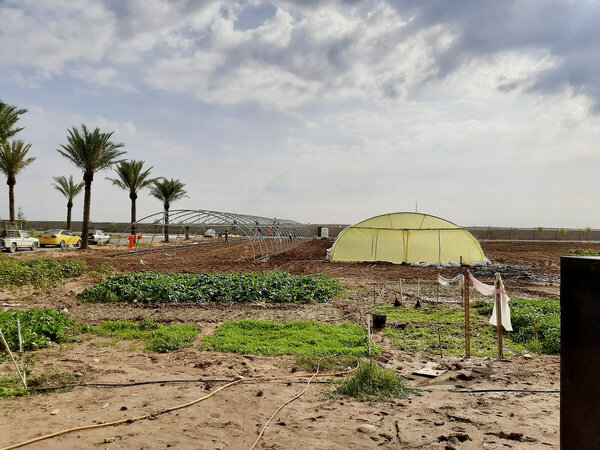 For most Iraqi refugees, repatriation is very complicated because their original livelihoods were destroyed during the conflict. As such, many of them are dealing with existential problems. Specifically, Caritas Czech Republic supports returnees in restoration of economic activities and small businesses. For example, in the agricultural area of Nineveh, we build high-capacity greenhouses, provide farmers with seeds and equipment, and help to start small businesses in cities.

The armed conflict has been devastating for ordinary Iraqis. Up to six million people had to leave their homes due to the invasion of the self-proclaimed Islamic State. Many have been able to return; however, nearly two million Iraqis are still internally displaced or are dealing with damaged infrastructure and housing as returnees. Nevertheless, numerous internally displaced people live in refugee camps, which are often non official. 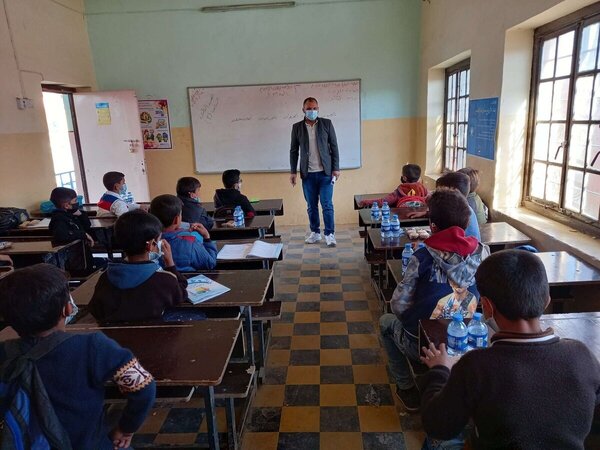 That is why we in Iraq help internally displaced persons and returnees by providing adequate shelter. Our aid comprises shelter repairs, providing materials for repairs, contribution towards rent, and providing essential equipment, such as heating sources.

For a number of poor families, getting food and medical care is more important than supporting children in compulsory schooling. Hungry children, however, have difficulties concentrating and they perform worse at school. In Iraq, we provide children from poor families with school meals for free. Through this, the number of pupils which regularly attend school has increased as well as their school performance. It also leads to a reduction in child labor.

READ MORE ABOUT the MISSION IN IRAQ From Displaced Woman to Humanitarian Worker

Being a woman working in the humanitarian sector is not easy, especially in Iraq, where less than 15 percent of women participate in the labor market. This is among the lowest women labor participation rates worldwide. We have been talking to Jwan Najeeb Behnam, who works as a Caritas Czech Republic Livelihood Officer in Ninewa, Iraq. She shares her experience as a working woman, especially in non-governmental organizations. 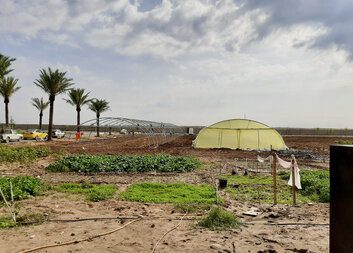 How we helped Elham get back home

Nineveh in Iraq is one of the most fertile areas in the country. However, under the rule of the so-called Islamic state, locals were forced out of their homes and the agricultural infrastructure was completely destroyed. Last year, we helped the people from Nineveh get back on their feet. One of them is also Elham. 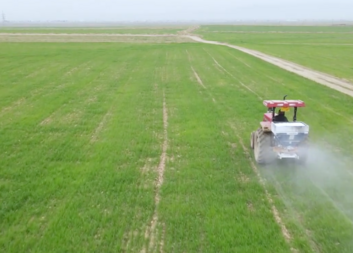 Mr. Labib can farm again after the war in Iraq

One of the main areas we focus on in Iraq, is helping local farmers to rebuild their farms destroyed after years of conflict. We built high-capacity greenhouses and provided farmers with seeds, tools and fertilizers, as well as with intensive trainings. One of those who joined our programme is Mr. Labib Eshoea Estiffo.

There is hope after years of homelessness for the displaced Iraqis

When ISIS seized control of several cities in central and northern Iraq in 2014, it prompted thousands of people to flee their homes. Seven years later, Iraqis continue to endure massive displacement and almost no possibility of returning home. With the closing of many in-camp IDPs, more than half a million are residing in critical conditions, without protection, security, or privacy. There are, however, stories of hope. Such as in the case of Rashid.