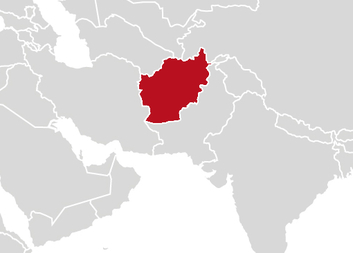 Caritas CR has been operating in Afghanistan since August 2012. In cooperation with the local non-governmental organization Afghan Women Resource Center and the Slovak humanitarian organization People in Peril, it aims to increase food security within central Afghan provinces Parwan and Kapisa.

It pursue that through constructing two fruit and vegetables warehouses. This project is co-financed by the Ministry of Foreign Affairs of the Czech Republic.

Afghanistan, one of the world’s poorest countries, is economically dependent on small-scale agriculture. Agriculture produces almost one third of the country’s GDP and employs 75% of manpower, yet 31% of the Afghan population still suffer from lack of food. This is caused by the high food prices, natural catastrophes in the different parts of the country (drought, floods and hard winters), and last but not least due to the ongoing conflicts.

Food security might be ensured through expanding warehouse capacities, where people could store part of their harvest for the winter time. As a result of insufficient warehouse capacity, workers are forced to sell a considerable part of their harvest. This causes deficient stock and consequent purchases of expensive imported food. Warehouses might minimalize losses caused by deterioration of food. Furthermore, food will also be saved in case of natural catastrophes or worsened security situations.