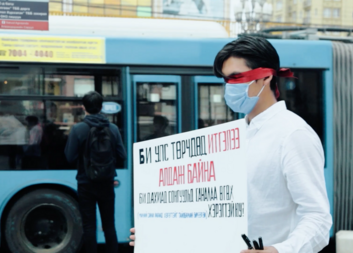 The presidential elections in Mongolia will take place this Wednesday, and every vote counts. Great emphasis is placed on the votes of young people who are usually not interested in politics and their participation in elections is low. Caritas Czech Republic created promotional videos to convince young Mongolians to vote.

Chances to influence their own future

The first direct election of the president in Mongolia was held in 1993. Since then, Mongolians have been electing the president themselves and they will choose a new head of state in just a few days, on Wednesday, June 9. Young voters will play an important role in this election. Young people between the ages of 15 and 34 make up more than a third of Mongolia’s population, making it the strongest demographic group. By voting in elections, they have a chance to influence their own future.

Last year, Caritas Czech Republic organized a media campaign for youth to encourage them to vote in the parliamentary elections. The videos featured influencers and famous Mongolian personalities as well as ordinary citizens of this country of 3,2 million.

The campaign focuses on on the importance of every single vote, the methods of understanding the promises of political representatives and disinformation that can influence the voters. Voters, especially the youth, are often influenced by short-term promises of political leaders, making it more difficult for them to make informed decisions.

In cooperation with the Viral Marketing agency, we created the following promotional videos:

In Mongolia, together with partner organizations, we are supporting the development of local youth. As part of the "All for YOUth, YOUth for all" project, we encourage young Mongolians to start volunteering and thus contribute to the development of their own society. At the same time, we help them with personal development, we organize educational trainings and mentoring programs, through which they receive useful advice on how to plan and build a career.