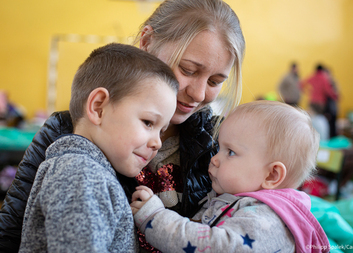 A story from the war: The train was crowded. We slept wherever we could

Until a few weeks ago, Viktoria Christianko and her husband lived with her two children, four-year-old Daniel and one-year-old Sonya, in the southern Ukrainian town of Mykolaiv. They spent the beginning of the war in a shelter. As the situation worsened, they decided to leave the town. Viktoria and her children travelled on a crowded train to Lviv located in the west of Ukraine. Eventually, they reached Przemysl, Poland, where they were helped by a local Caritas.

Rockets whizzed across the sky

Mykolayiv was under fire right from the start. Viktoria and her family heard the air raid alerts every day. They spent the first days of the war in a bomb shelter. The only time they got out was for food and it was extremely difficult. Rockets flew through the sky and people threw themselves to the ground because they did not know where the rockets would land. "Then, the bridge near our house was destroyed," Viktoria shows us a photo on her phone.

The train was crowded

"I was trying to get my children to safety," says the mother of two. Her husband Sergey stayed in Ukraine. The journey to Lviv, western Ukraine, took Victoria and her two children more than 20 hours. "There were almost a thousand people on the train. We could not move. People were sleeping wherever they could," she recalls their journey. From Lviv, they travelled to Przemysl, Poland, a town 12 kilometres from the Ukrainian border. Viktoria did not want to be too far away for her husband. 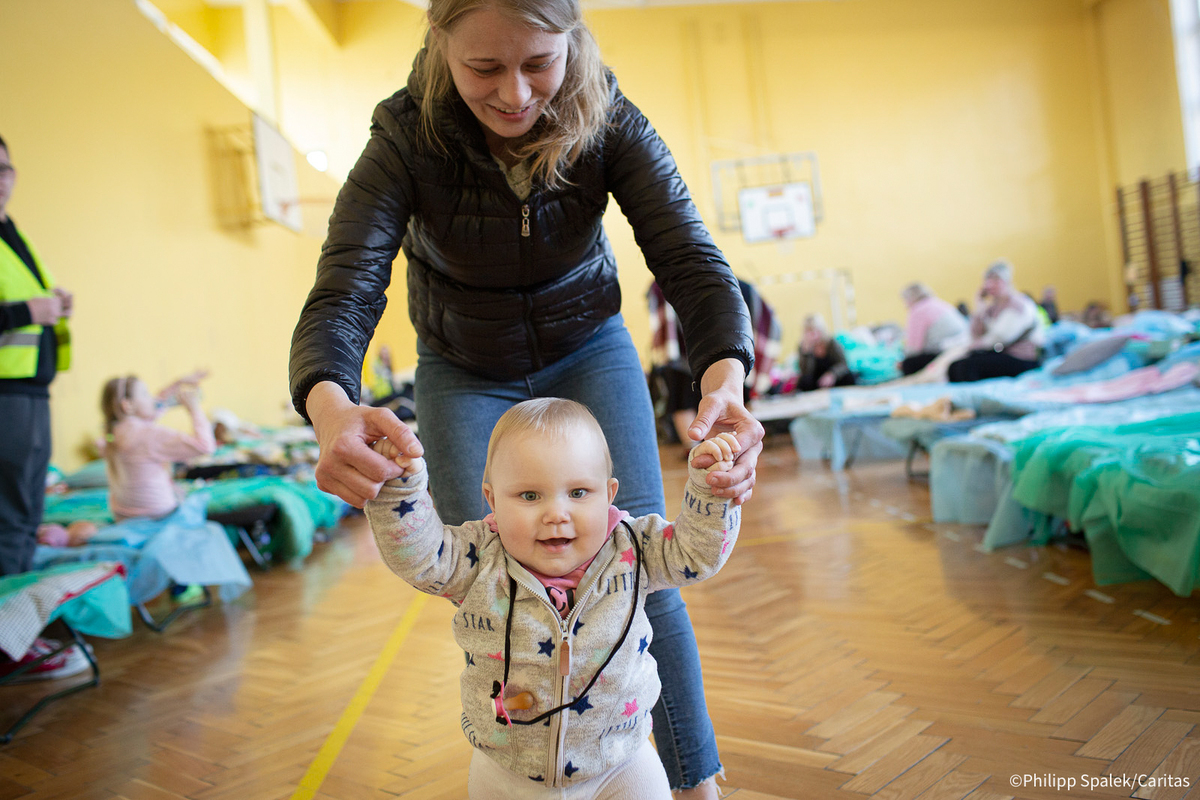 In Przemysl, she came across Caritas volunteers who helped her find accommodation for them in the local primary school gym. They put two beds together so that the whole family could be as close to each other as possible. Victoria's one-year-old daughter Sonya found some toys in the handball goal that the volunteers had placed there. "Sonya is sleeping peacefully so far," Viktoria says with relief.