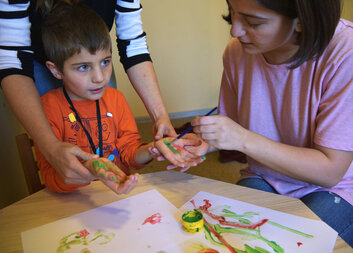 Caritas has made a great contribution to my son’s progress, says mother of a boy with autism

Caritas Czech Republic in Georgia has opened inclusive groups in kindergartens for children with autism and has been raising awareness of autism spectrum disorder in the country for the past five years. This April, the autism awareness month, Caritas joins the Autism-Europe “I can work, I can learn” campaign. Mother of a son with autism told us how her son's behavior had improved significantly thanks to the help of Caritas Czech Republic in Georgia.

“It’s been about the second year since we’ve been coming to the autism centre. Initially, my child was very aggressive, and it was very difficult to deal with him. I didn’t know what he wanted,” says Natia Sosielia, mother of a child with autism spectrum disorder.

“However, in about six months, my son’s behaviour has improved significantly. Today he behaves without major problems. He understands absolutely all instructions and it has become easier to communicate with him. I am very glad that we joined the integrated kindergarten group. Caritas Czech Republic has made a great contribution to my son’s progress,” adds Natia Sosielia. Thanks to Caritas, Natia and her son were able to attend therapy sessions at the Autism Center, as well as the integrated group at the 7th Kindergarten in Telavi. 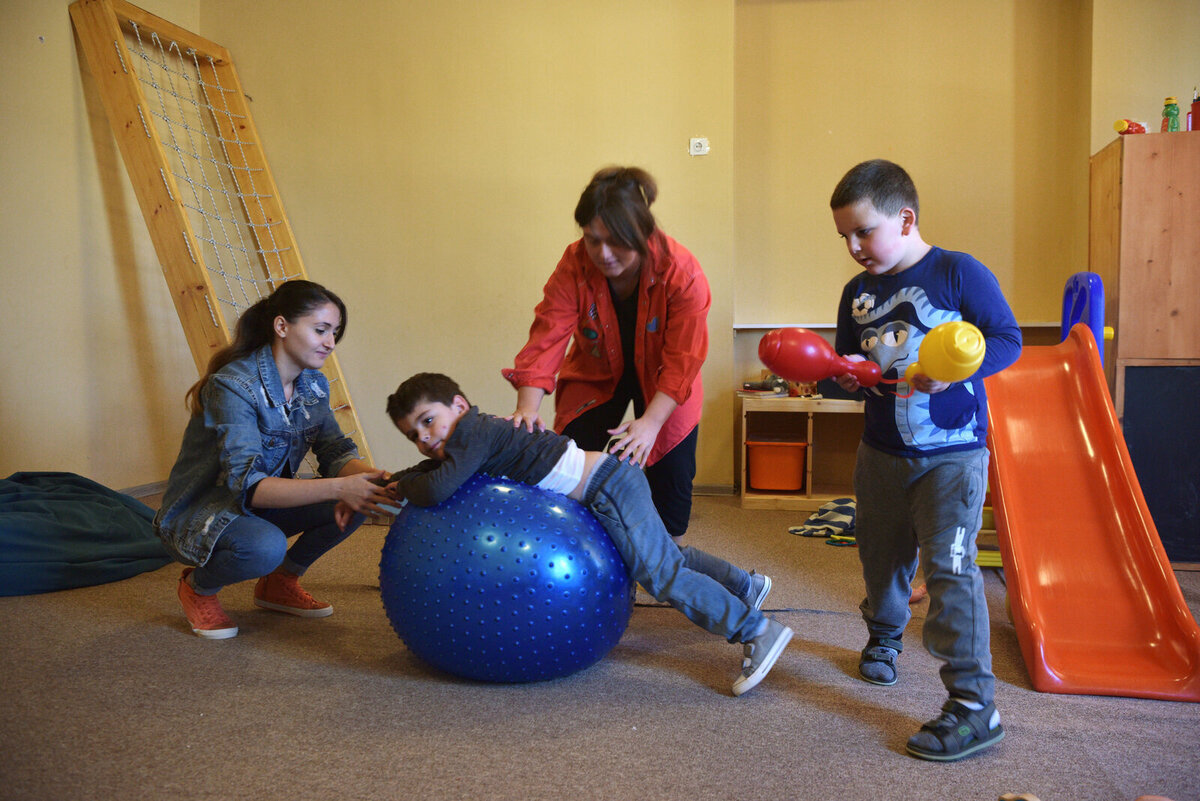 Thanks to funding from Czech Development Agency, Caritas Czech Republic has already opened three inclusive groups for children with autism spectrum disorder. In addition to Telavi, there are two other groups in kindergartens in Tbilisi and Zugdidi. Caritas also trained the kindergartens' staff in the main principles of inclusive education.

Caritas Czech Republic supports the development of services for persons with ASD in Georgia on several levels. On the national level, we introduced a state protocol for the identification, diagnosis and management of autism spectrum disorder in Georgia and created autism service standards, which were approved by the Ministry of Health. Today, these standards serve as a guideline for all service providers assuring the quality of services each child with ASD should receive. The protocol has already been approved and introduced in eight out of ten Georgian regions.

On municipal level, Caritas has been advocating for the creation of municipal programs for children with autism. Such programs were already approved in the cities of Rustavi, Akhaltsikhe and Ozurgeti. Our team is also working closely with local organizations that help children with autism. We equipped their centres with suitable toys and diagnostic tools and provided professional development trainings.