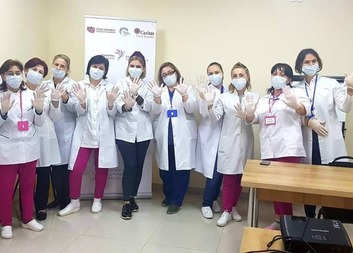 When 46-year old Darejan Berishvili made a routine visit to the newly-opened cancer screening centre in her home town of Zugdidi, she expected to receive a clean bill of health. However, despite having experienced no discomfort, testing revealed she had a stage two malignant tumour in her breast.

Darejan Berishvilli underwent the examination at a new screening center opened in Georgia by Caritas Czech Republic with the financial support of the Czech Development Agency. The center, opened in the town of Zugdidi in October 2019, aims to improve early testing for a range of common cancers for the nearly half-a-million people living in Samegrelo-Upper Svaneti.

“The sizeable discrepancy of the cancer mortality rates between the developed and developing countries are largely down to successful early stage detection,” said Ioseb Abesadze, director of Tbilisi’s Cancer Prevention Centre. “And in that, screening plays a pivotal role.

However, according to Abesadze, only between 12-15 per cent of people access cancer screening services in Georgia, whereas around 40-60 per cent of the target population needs to be screened to effectively reduce mortality. 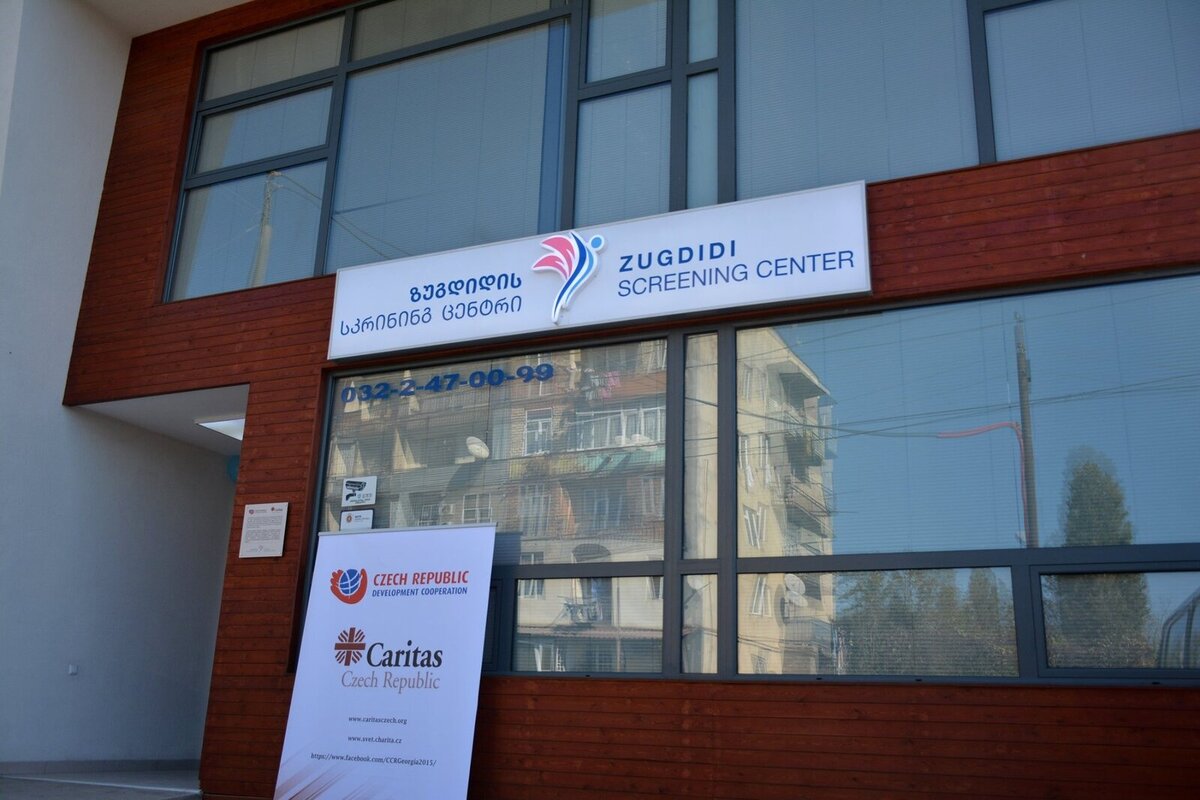 A lack of information, fear, and stigma around cancer mean that many people are reluctant to even take part in screening programmes.

“To change this, we go door–to–door and from person-to person sending the message that between 30-50 per cent of all cancer cases are preventable if we lead a healthy lifestyle and do regular medical check-ups,” said Tamuna Kurtanidze, project manager at Caritas Czech Republic in Georgia.

Medical professionals in the Georgian region of Samegrelo-Zemo Svaneti, which has historically reported high rates of cancer, say that local efforts to raise awareness of the importance of routine screening are paying off.

Preventive screening can detect cancer at an early stage, a thus save lives. As was the case with Darejan Berishvili, who had successful surgery in Kutaisi after the diagnosis.

“The fact that it was discovered at a still relatively early stage is what I suppose I owe my life and current health to,” Berishvili said.

The screening center opened by Caritas Czech Republic in Georgia has already provided free examinations to around 1,600 people. This is despite the limitations of the coronavirus pandemic, such as the temporary closure of the screening center. Awareness of the importance of cancer prevention and testing reached 1,800 people last year.