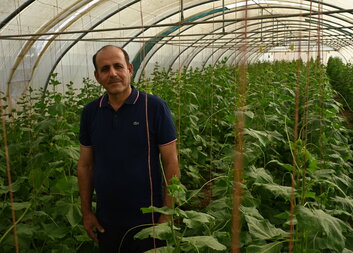 I can finally grow vegetables again, despite ISIS, says Ziyad from Iraq

Ziyad from Iraq had been a farmer all his life until ISIS drove him from his farm. His burnt and devastated farm has now been rebuilt thanks to the help of Caritas Czech Republic. His tomatoes, olives and cucumbers are now feeding him again. In addition, he gives work to other Iraqis.

GIVE A CHANCE FOR A BETTER LIFE

Until 2014, Ziyad was a farmer in the village of Bahzani in northern Iraq. Bahzani is in the Ninewa region, one of Iraq's most fertile areas. He looked after 400 olive trees and grew vegetables for sale in his greenhouse. He was particularly famous throughout the region for his excellent onions. His family lived a happy life. But then, fighters from the self-proclaimed Islamic State occupied the area and Ziyad, who is a Yazidi, had to flee to a safer part of the country. He settled near the northern Iraqi town of Duhok, where he made a living by farming.

"When we returned home after the liberation of Bahzani, devastation and destruction awaited us. All the olive trees were cut down and burnt, the irrigation well destroyed, the greenhouse devastated," Ziyad sadly narrates what awaited him when he returned home. But there was no time for tears, so Ziyad immediately set to work again to rebuild his farm from scratch. 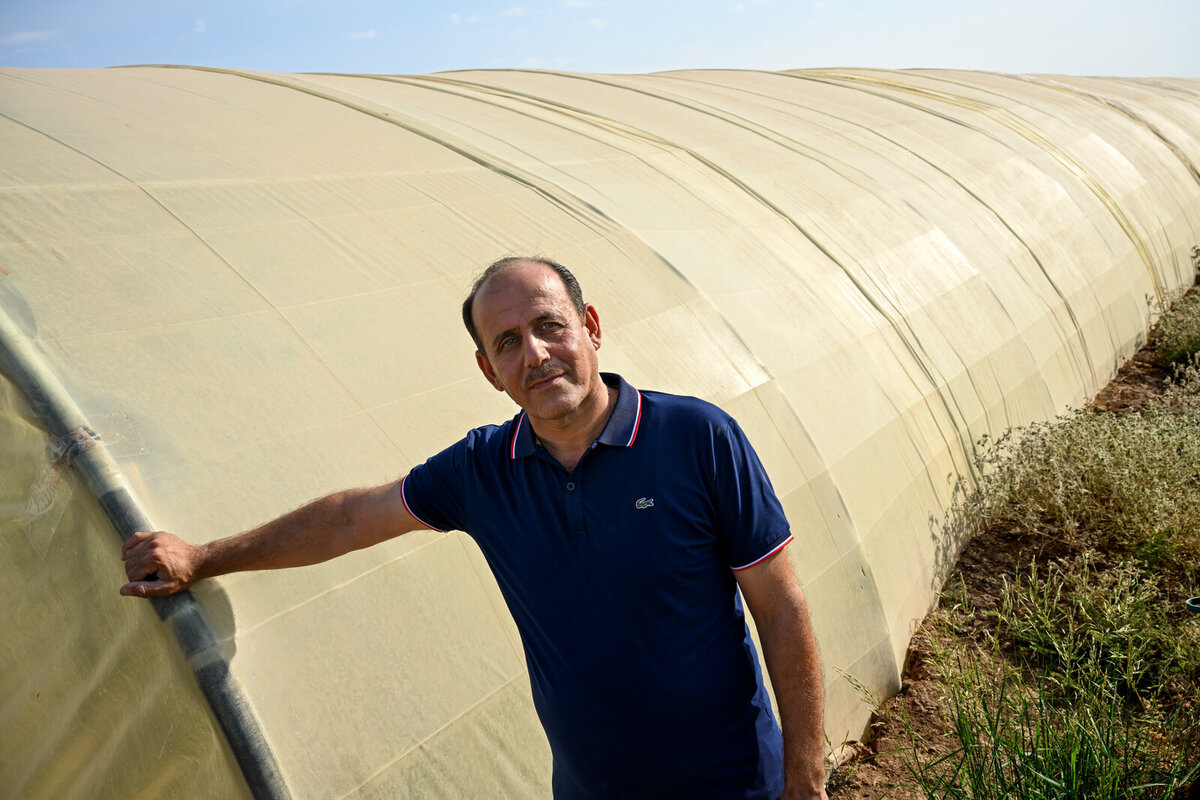 From utter devastation to a thriving farm

Today, Ziyad runs a thriving farm with his wife, brother and sister. But rising again from the ashes (literally) has not been easy. "First, we managed to repair the well, and the non-functioning electricity connection was replaced by a generator. We also got water tanks and restored the irrigation system. This allowed us to start growing vegetables again," recalls Ziyad. They were also able to save the devastated olive trees. Thanks to careful care and sufficient irrigation, they have re-grown and are now sturdy trees again.

The return of greenhouses and tons of vegetables

Even after two years of hard work, however, the family were not able to fully rebuild the farm and start using the greenhouses again so that they could have a sufficient yield to grow and feed themselves through the winter. This was only possible thanks to our help. Caritas provided Ziyad with training in modern farming methods, and a large capacity greenhouse. This allows him to grow vegetables throughout the year, and in the first year alone, he grew 4 tonnes of cucumbers.

Ziyad has not stopped there and continues to develop his farm. He already has 1,200 olive trees on the property, and this year he also harvested 5 tons of a new type of tomato, which he decided to test. People immediately fell in love with them, as they are some of the best quality tomatoes in stores throughout Ninewa. He also continues to grow cucumbers and pumpkins. "People here don't like to share their stories," Ziyad concludes. "But I like doing it because it's only because of organizations like Caritas that we've been able to rebuild our lives. We are so grateful," he adds.

Azad and his siblings are now diligently working in their greenhouse

Azad Kreik was born in Bashiqa and resides in a house with his wife, children, brothers, and mother with his family of roughly 17 people. They reside in an orchard they created after their property was burned down by ISIS. They cultivate olive trees in the orchard, and Bashiqa is known for its olive groves and pickles production.  In the open space between the trees, they also grow many veggies. His brother Ziyad, his children, and a few friends assist him in his farming endeavors. As a result, they also share their agricultural and crop-harvesting experiences.

Masoud's story: How a Caritas grant helped him rebuild his life after he lost everything in the war

Masoud Ablahad Ishaq is a 53-year-old man who lives in the town of Bashiqa in Iraq with his family. He had to leave his hometown because of the war and after the area was liberated from ISIS, Masoud returned to Bashiqa and had to spend all of his life savings to reconstruct his home. Thanks to the grant from Caritas Czech Republic, he is now able to stand on his own two feet again.

How we helped Elham get back home

Nineveh in Iraq is one of the most fertile areas in the country. However, under the rule of the so-called Islamic state, locals were forced out of their homes and the agricultural infrastructure was completely destroyed. Last year, we helped the people from Nineveh get back on their feet. One of them is also Elham.