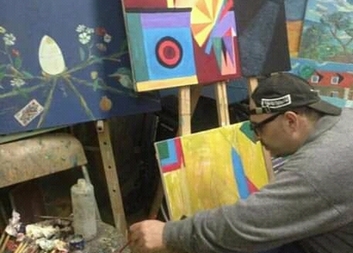 Kevork: A Story of Art, Affliction, and Aspiration in Lebanon

A devastating explosion in Beirut on 4th August not only killed at least 200 people and injured another several thousand, but it has had a long lasting serious impact on the lives of the Lebanese. One of them is Kevork, a passionate painter, who lost everything to the blast.

Kevork was in Tannourine Government Hospital, 75 kilometres from the capital city Beirut, when he heard the explosion. ‘‘It was deep and heart-breaking”, Kevork describes. At that time Kevork was still unaware how dramatically his life was about to change.

Kevork loved painting already as a child and his dream was to become a professional painter. He did not give up on this dream, even when he got into a car accident around thirty years ago that has left him paralyzed for the rest of his life. He joined a painting academy and after graduation opened his own atelier. For around 20 years, he has also been teaching art. After the blast in Beirut, art has, however, become dispensable.

Lose everything in just a second

One month after the explosion, Kevork bid farewell to the hospital room and headed to his two-room house in a densely populated poor area in North East Beirut. He could not even recognise it at first. It was not only his home that was devastated, but also some of the 72 paintings that he had worked on for his entire life. The worst is that Kevork was left unable to make a living with the only profession he can practice. ‘‘It is very difficult to sell paintings these days. People can barely buy food and medicine’’, Kevork explains with sadness in his eyes. He became dependant on his two sisters and a small circle of friends, who lend him money.

In the past, Caritas granted Kevork a small loan to open an atelier. He will need our support again in this difficult situation. “I only trust Caritas. I trust that they genuinely and truly want to help”, he says. Caritas Lebanon decided to support Kevork within the Building Back Beirut Consortium (3BC) project. The project is carried out by a network of Caritas member organizations, of which Caritas Switzerland and Caritas Lebanon assume the leading role. Funding and technical support are provided by Caritas Germany, Cordaid, Caritas Czech Republic, Caritas Poland and Caritas Luxemburg. 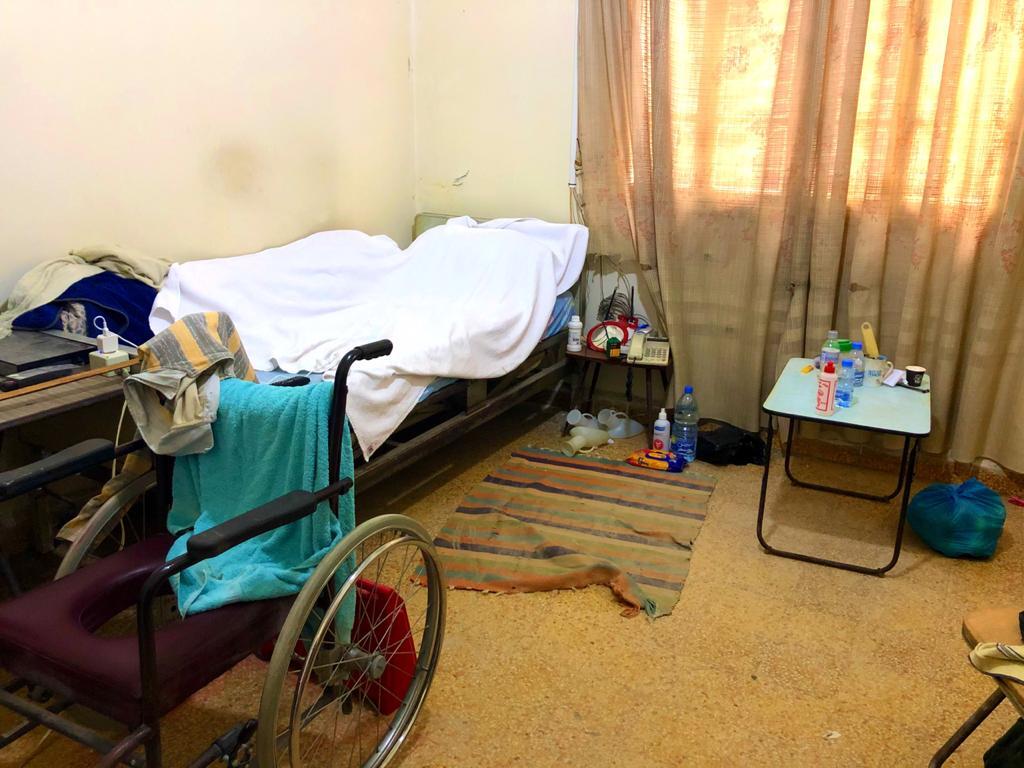 Not the only one

Kevork’s story is one of many similar stories of people who lost everything following the 2020 Beirut Blast tragedy. Around 300,000 people were left homeless, of whom half are vulnerable and in dire need for support. The horrendous explosion had rocked Beirut port at a time when the country was at the brink of collapse, grappling with financial, economic, and health shocks. One in two Lebanese now live below the poverty line with extreme poverty rising every day.

Kevork, like many others, pins all his hopes on the donations of kind people to bring his atelier back to life and paint a better tomorrow.