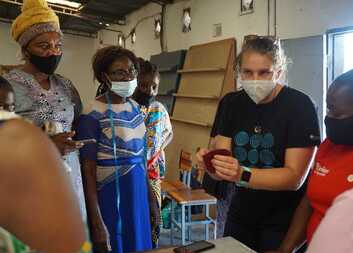 The Labyrinth 2030 project has come to its end. Over the past twenty-four months, it has offered a competition for young active people as well as the first conference focused on cooperation between the non-profit and private sectors in the field of humanitarian aid and development cooperation. For its innovative approach, Labyrinth 2030 earned a nomination for the prestigious European award for the best global development education project in Europe. Last but not least, it has contributed to the fact that many more people today than two years ago know about Czech aid abroad. What has been the journey through Labyrinth like and what does the project have to look forward to in the future?

With sanitary pads for women rights

Colourful clothes, hot air and the smell of exotic fruits, but also discussions about menstruation and contraception and long car journeys. Alena Machalová and Michaela Šrámková, winners of the Labyrinth 2030 competition, spent almost two weeks in Zambia, Africa, at the Charitas Czech Republic mission. They flew to the country not only to learn how Caritas helps on the ground, but also to put their own hand to work. They won the competition with an idea for a workshop to produce cloth menstrual pads for local women and girls.

"We held a series of workshops, talked to a lot of interesting people and gained new experiences. It was definitely great to do one of the workshops with refugees. Our help then took on another dimension," commented Alena and Michaela on their trip to Zambia.

The main focus of Caritas Czech Republic in Zambia is on helping refugees. People flee to Zambia mainly from Somalia, Burundi and the Democratic Republic of Congo. Their first steps usually lead to Makeni, a transit centre in Lusaka. This is where Alena and Michaela also visited. "In Makeni, where refugees are waiting for asylum, a group of Congolese women meet regularly to teach one another how to sew. We showed and thoroughly explained to them the principle of making menstrual pads and the choice of appropriate materials," said the two young women. 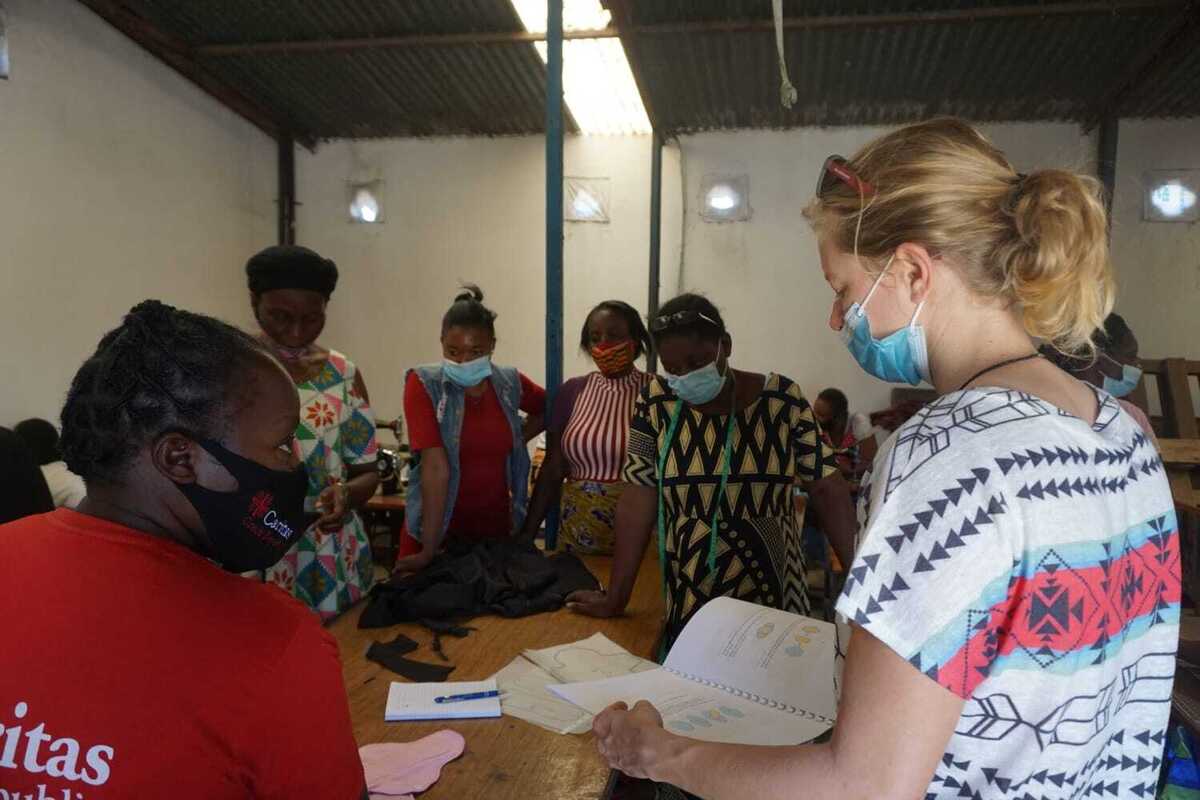 Menstruation as a stigma and an opportunity

Menstruation in Zambia, as in many other African countries, is associated with a number of myths and traditions. Lack of access to menstrual supplies and sanitation also limits girls access to education. "Girls, for example, are isolated in a separate room from their families for many weeks during their first menstruation and even at school or on the way to school, they shy away from everyone. During this period, they are only visited by older women who teach them about hygiene around menstruation, but also give them general advice about their future role as wives. Menstruation is viewed in a very negative way," the winners explain.

Most of the women and girls who attended the workshops of the two young Czech women did not hide their enthusiasm. For them, making fabric pads not only means providing affordable menstrual aids for themselves and the girls in their own families, but also an opportunity to earn money. "The women started to think about where to find the pads on the markets, what the costs would be if they started to produce them, and where they could sell them," said Alena and Michaela.

A trip to Zambia was the top prize in the innovative Labyrinth 2030 competition for young people under 30. The aim was to find the best idea that addresses current challenges in an innovative way in one of the countries where thCaritas Czech Republic works. From a total of fourteen entries, the best five projects made it through to the final round. They ranged in focus from psychological support for autistic children, a film club for the blind in Georgia, cleaning underground water of arsenic in Mongolia, breaking the taboo of menstruation, or building a secondary school in Zambia.

All five teams went through a several-month programme to give their ideas a more precise shape. "Picking a winner was really hard. All the ideas were well thought out. I believe that many of them will catch on even without winning the competition. However, there can only be one winner and after careful consideration we chose the idea of a workshop for the production of menstrual pads," said one of the judges of the competition, the head of the Humanitarian Aid and Development Cooperation Department of Caritas Czech Republic, Jiří Škvor. 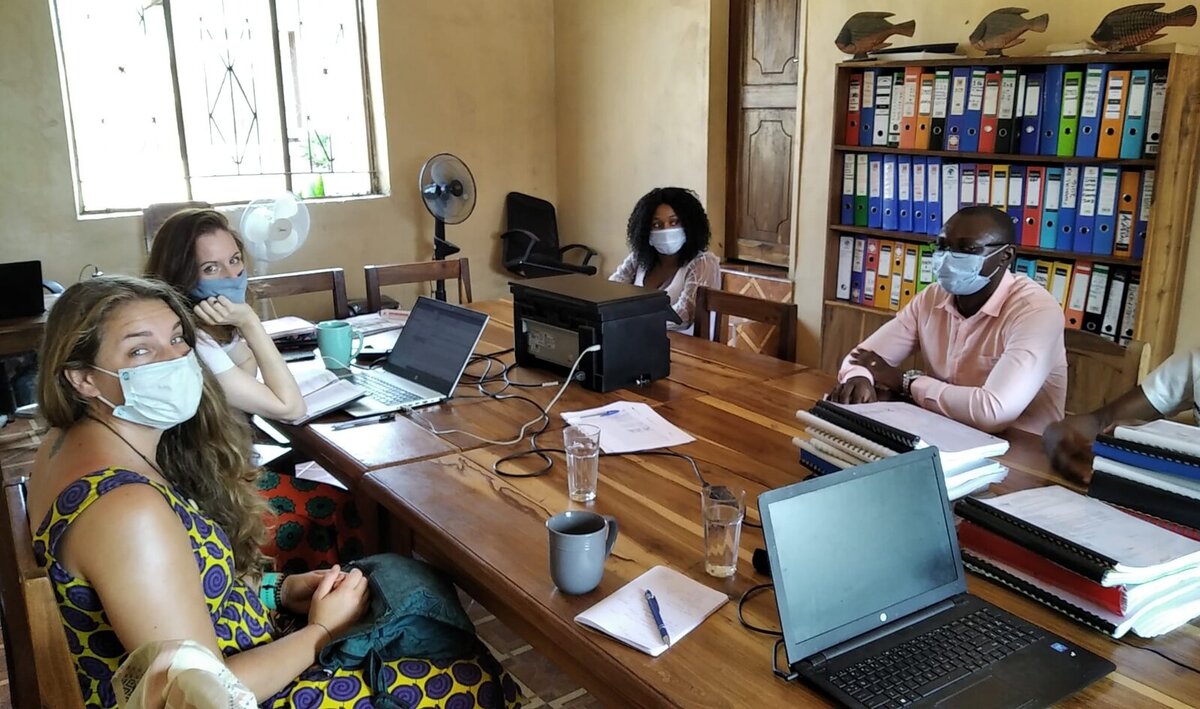 Šárka Prošková, the coordinator of the Labyrinth 2030 project, also appreciates the enthusiasm and energy of the young people. "Young people have a lot of creative ideas and I like to say that they do not look for obstacles, but discover new ways. Involving young people in solving development problems is a great opportunity for all of us to create a better future together. The Labyrinth winners show that it's a bet on a good cause," says Prošková.

Collaboration between the private, non-profit and academic spheres is bearing fruit

But young people were not the only ones at the heart of the project. One of the goals of Labyrinth 2030 was to bring together the non-profit and private sectors, academia and government, and to show that working together helps improve foreign development cooperation.

This autumn, we hosted the IHRA 2021 Inspiration Forum- Innovation in Humanitarian and Development Activities, which focused on the benefits and main challenges of implementing innovative solutions in humanitarian aid or development cooperation. It also highlighted the benefits of bringing together the private, academic and non-profit sectors to address the current challenges of the world today. The Czech Forum for Development Cooperation FoRs also participated in the event.

The Forum offered practically oriented workshops and a panel discussion with experts. Among them were Jiří Škvor, Head of Humanitarian Aid at People in Need Marek Štys, and Rector of Mendel University Danuše Nerudová. Among other things, the Inspiration Forum presented the operation of the innovative Slovak Scase device, which Charity is using in Georgia to develop telemedicine and thus make healthcare accessible to people in remote rural areas. Also a mobile application of Big Terra, which helps farmers in Zambia to cope with climate change, was presented. 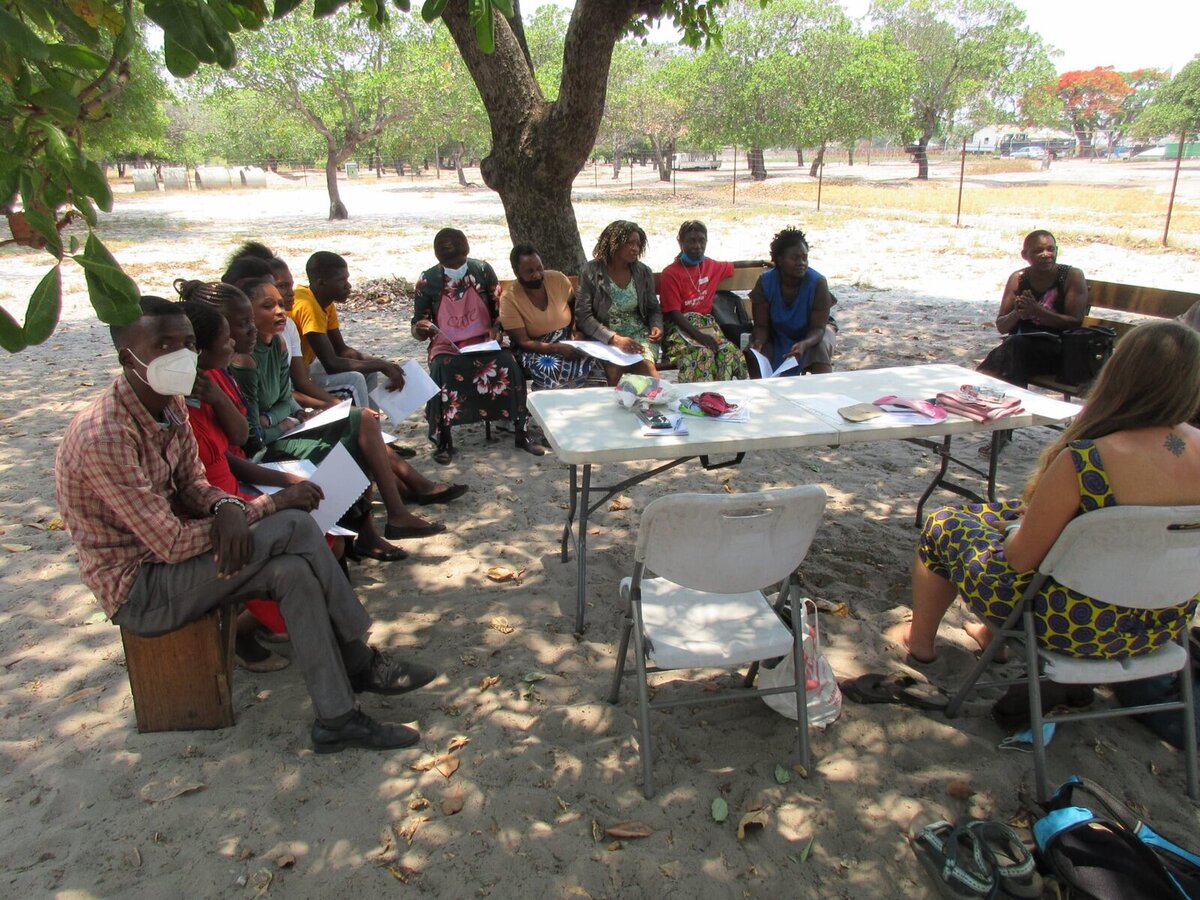 Innovation was not only at the core of the inspiration forum and the concept of the competition, but wove throughout Labyrinth 2030. For example, the first ever card game in the Czech Republic on foreign development cooperation and the Sustainable Development Goals was created. Many people in the Czech Republic learned a lot of new information about these goals thanks to human size folding dice that were also produced as part of the project. In cooperation with the Ministry of Foreign Affairs of the Czech Republic, a unique publication on how Czech NGOs, universities and companies help the world was created.

"Labyrinth 2030 has been very creative for us, the project team, as well as for those who came into contact with us. Whether it was at the festivals we attended during the summer, or meetings with companies or public institutions that cooperated with us," comments Šárka Prošková on the whole concept of Labyrinth 2030.

Labyrinth 2030 also earned a nomination for the European Award for the best global development education project on the continent for 2020, which is awarded annually by the GENE network of ministries and agencies. It is dedicated to policy-making, funding and support in the field of global education.

Such a project is needed in the Czech Republic

Labyrinth 2030 has shown that such a project is needed in the Czech Republic, Prošková stressed. "We have a lot of interesting companies here, but they have no idea that their innovative solutions could find a place abroad. The IHRA conference has great potential, we have accumulated a lot of great feedback," she added. 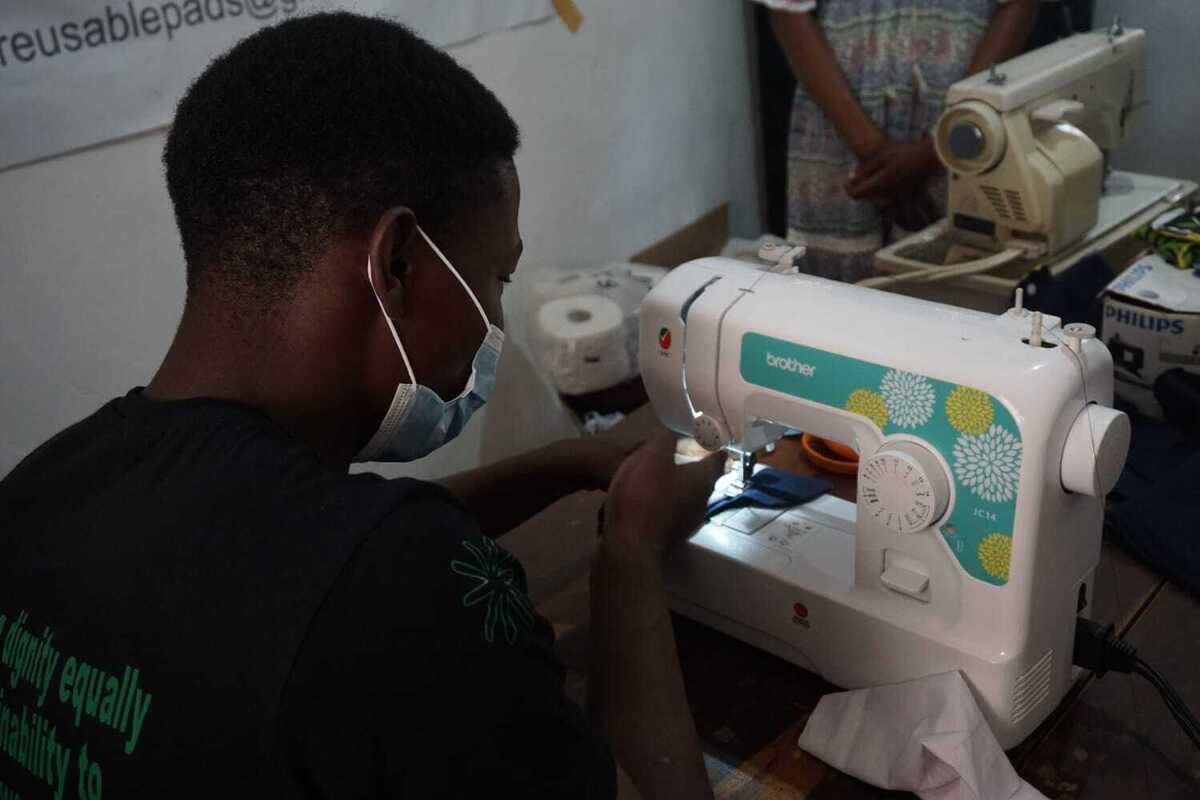 The opportunity to develop young people who want to work in the field of foreign development cooperation in the future, and who Labyrinth 2030 targets in particular, is also not negligible. It has also been appreciated by the participants themselves. "Labyrinth first of all led me to the possibility of opening the project beyond the borders of the Czech Republic. Thinking about how it would work outside the Czech environment brought many new ideas and a more universal approach," said Pavel Ruzyak, one of the participants in the competition, who came up with the idea of a film club for the blind in Georgia.

"We received great feedback from everyone who participated in the project. We hope that we will be able to follow up and make next year's event even a little better," wishes Šárka Prošková. It is yet to be decided whether the competition will take place again, though. However, the grant application is already on the Czech Development Agency's desk. Prošková believes that it will be successful and adds: "Since we are linking activities at home in the Czech Republic that have the potential to influence development projects abroad, we have a huge opportunity to help people in developing countries from a warm spot somewhere in Prague or Brno."