Cambodia is one of the least developed countries in South East Asia, and even though its economy has been growing rapidly, the socio-economic level of much of the population remains very low. This applies especially to remote rural areas where infrastructure (transport, communication, resources and distribution of drinking water, etc.) is insufficiently developed.

Caritas Czech Republic has been operating in Cambodia since 2011. Over the course of our involvement, we have especially focused on the development of areas such as health care, access to drinking water, and sanitation We have also focused on inclusion in education, development of care options for children with disabilities, and we have supported the integration of people with disabilities into the labor market. 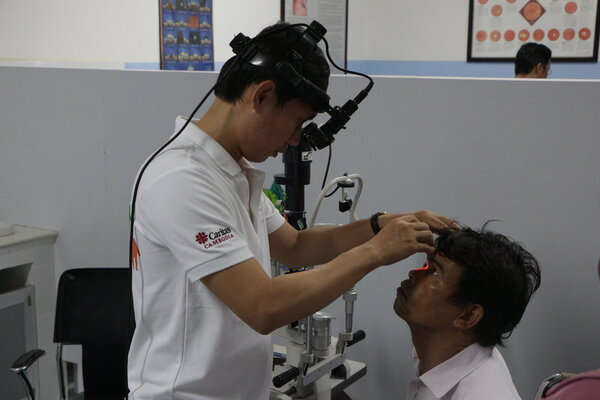 From a geographic and climatic point of view, the country is located in an area susceptible to the influence of natural elements, such as tropical thunders, floods or, on the other hand, prolonged draughts, whereas the resilience of especially rural population in face of these elements is low. As such, the next part of our work has focused on improving the ability of the people to deal with natural disasters.

Read more about the mission in Cambodia