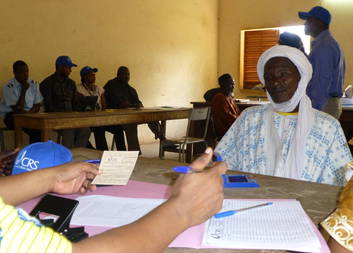 Mali inhabitants on the runaway for life

Mali's and its neighboring states’ stability is in danger. From the beginning of 2012, rebel forces usurped a huge area in the north of the country. At this moment, they got further, to the proximity of the capital city, Bamako.

Military intervention led by France with the support of African countries is in full action. Over 350 thousands of people left their homes and fled to the sout,h or to neighboring countries. According to Caritas Mali's reports, people are in bad need of shelters, food, water and sanitary equipment.

“We are tired, we are really tired,“ says Ibrahim Diall, who escaped from his home near to Timbukt in the north of the country.

Caritas Mali cooperates with the American organization, Catholic Relief Services (CRS is, as well as Caritas CR, a member of international organization Caritas Internationalis) on development projects, which were in progress during the distempers.

The Director of the Caritas in the town Mopti, situated in the area where the rebels pass, comments on the situation: “At this time, it´s essential to give to expelled people a place, where they can stay. There is many people who spend winter out of their homes.“

The situation is also described in an article by Helen Blakesley, regional manager for communication of the CRS organization for western and central Africa, operating in Dakar, Senegal – “Mali Crisis; Lifeline to Dignity.”

The text of this article is translated for the website www.caritas.org where you´ll also find further photos of Niek de Goeij, taken for CRS. 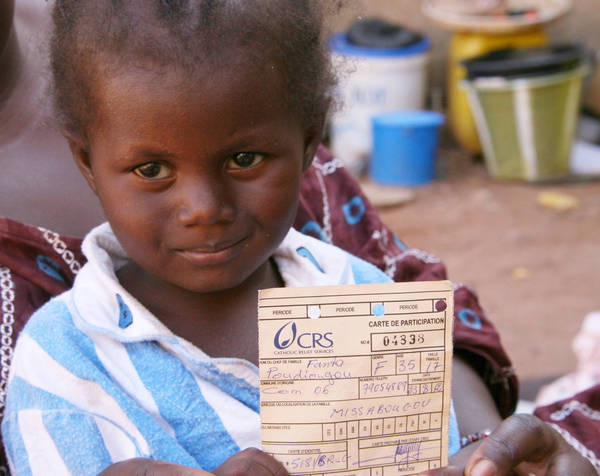 Introduction photo: CRS's workers in Mali are handing over payment to expelled people in Bamako, capital city of Mali.