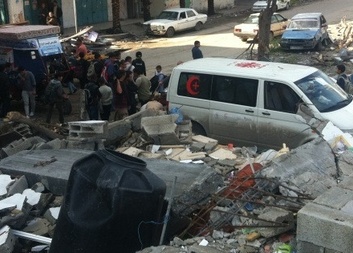 People in Gaza are at the mercy of intense air bombardment with nowhere to flee for safety. The worst escalation of the Israeli-Palestinian conflict in last ten years has claimed the lives of more than 200 people. Local Caritas Jerusalem is ready to respond to the urgent needs of the thousands injured and the thousands of people forced to leave their homes either because they were destroyed or because they tried to save their lives.

“The bombings are extremely heavy. The people of Gaza have lived through many wars over many years, but everyone agrees that this time it is completely different. They are trapped in this densely populated strip of land at the mercy of intense air bombardment with nowhere to flee for safety.” This is how Sr. Bridget Tighe, Secretary General of Caritas Jerusalem, described the situation in Gaza, where more than two million people live in an area of approximately 141 square miles.

Since 2007, the Gaza Strip has been under a total blockade controlled by Israel with a small southern section controlled by Egypt. Therefore, civilians have nowhere to hide from bombardments and not even the possibility of fleeing as refugees by land or sea. People try to save their lives seeking shelter in schools, where 17,000 had already found shelter.

Thousands of people have had to flee their homes since the conflict flared up again on May 10. The bombardment continues and the number of victims is growing.

According to the information available, the total death toll in Gaza is currently 197 people, including 58 children and 34 women. The victims include a mother and four of her children, who were killed in an airstrike on residential buildings in the Al Shati Refugee camp, close to the Caritas clinic, which is currently closed due to repeated attacks on civilians and infrastructure. The shelling also destroyed large sections of main roads, preventing ambulances from transporting the wounded to hospitals. On Sunday, buildings near Shifa Hospital (Gaza’s main hospital) were bombed and two doctors who worked in the hospital were killed with their families. 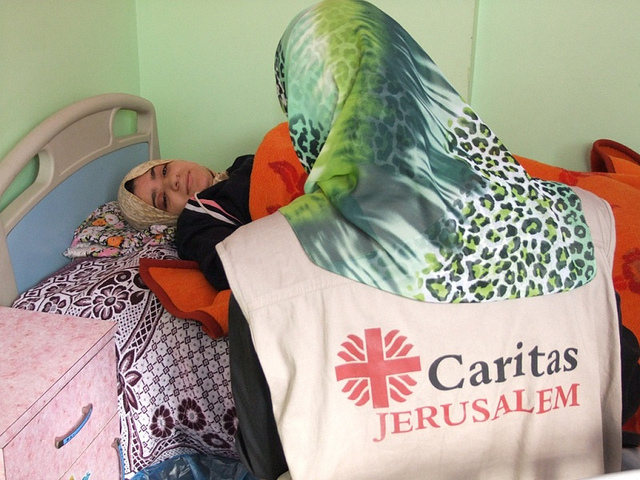 The current violence has seen 10 Israelis, including children, killed by rockets fired from Gaza into Israeli civilian areas.

“The continuing bombardment still does not allow Caritas Jerusalem to intervene, but once a ceasefire comes into effect we will provide out-patient trauma care and essential primary health care in our clinic,” sister Tighe said.

Mobile medical teams are also ready to provide immediate assistance. The mobile teams have made it possible in recent years to bring medical care - especially trauma care for the injured - to people in the most remote and marginal areas. Once it is safe to travel, local Caritas Jerusalem hopes to again form mobile medical teams to serve different areas of the Gaza Strip.

Local Caritas Jerusalem has a long experience working in Gaza, in particular in the health sector. In the video below, sister Tighe explains current situation.