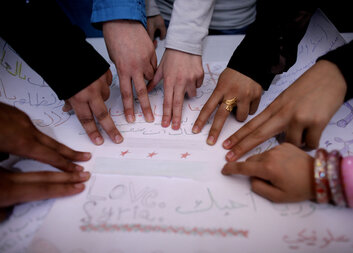 How does Caritas help refugees in the Czech Republic?

What is the situation for refugees like in the Czech Republic? What problems do they face? And how does the state help them? Let’s find answers from Jana Houserová, a social worker from Diocesan Caritas Brno, who works directly with refugees, supporting them in a successful integration into the Czech society.

From which countries do refugees most often come to the Czech Republic?

Countries that are the most frequently shown in statistics over the past few years are Ukraine, Armenia, Georgia, Vietnam, Kazakhstan, Uzbekistan, Belarus and Azerbaijan. Although the number of applications for legal immigration has been growing since 2016, the number of approved immigrants is decreasing. For example, last year 1200 people applied for international protection in the Czech Republic and only 114 of them were approved.

What are the main reasons people have to flee from their home country?

The causes that are usually cited are war conflicts, discrimination, danger due to religious beliefs, or political problems – for example when people don’t support the political system in their country, are opposing it and therefore making themselves enemies of the state. Although migration is most often connected to danger to life, some people also come to the Czech Republic due to the health system. For example, a lot of people from Ukraine immigrate to the Czech Republic in hopes of better healthcare.

Do refugees stay here or do they continue to other countries?

Part of the refugees sees the Czech Republic either only as a transit country or as a temporary solution. Generally, people run away from their home countries in bigger groups and divide themselves into smaller groups which travel across Europe separately. A lot of people migrate through the Czech Republic to Germany, where they see more potential and higher living standards, or they travel further to their families. Language also plays a big role. Czech is a very difficult language and it is easier for refugees to travel somewhere where they can use English – which is still sadly not the case at the Czech immigration offices and other places. 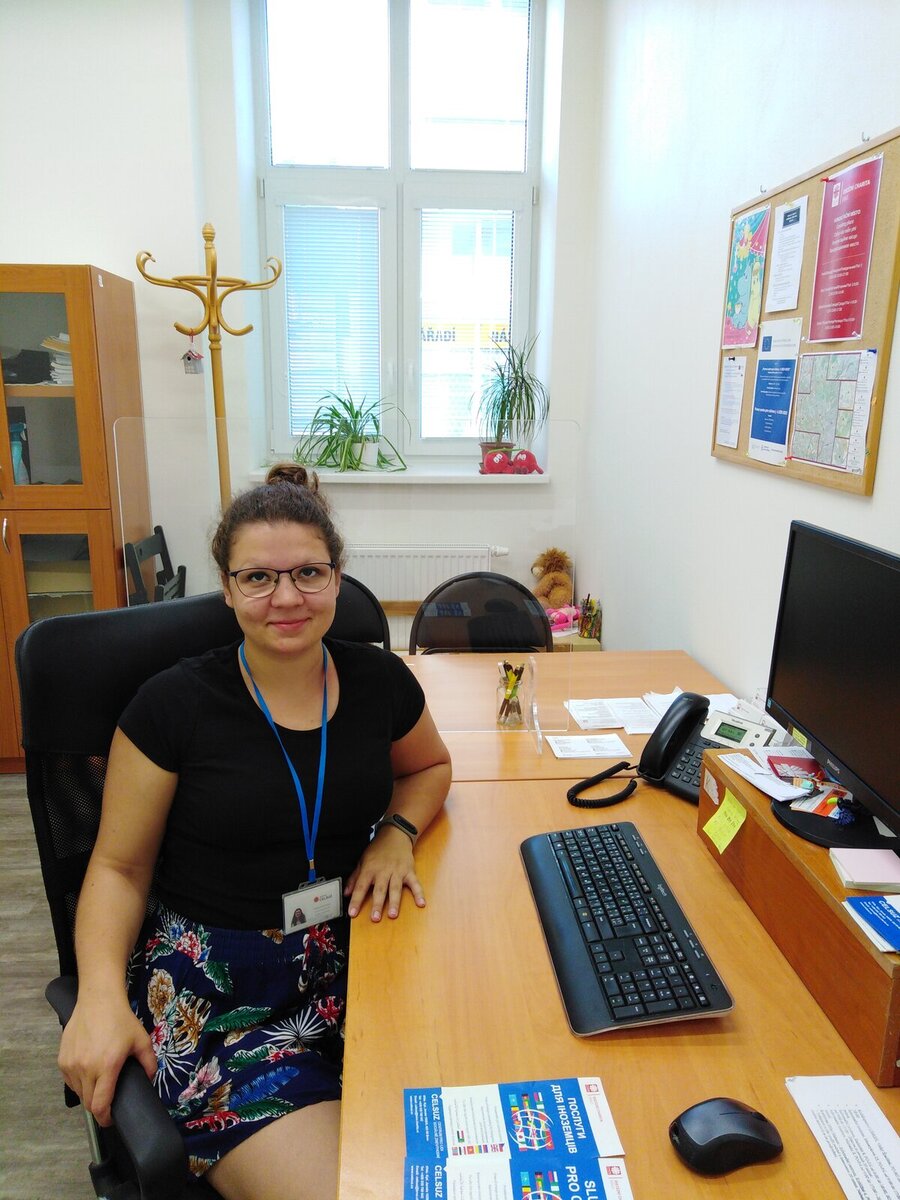 Other than the mentioned language barrier, what are the main problems that refugees have to face in the Czech Republic?

Although the language barrier is the biggest problem, refugees also largely struggle due to discrimination, for example because of their religious beliefs. It’s very individual and it depends on the specific person, situation, and expectations the refugee has from the country.

How does the Czech Republic help refugees overcome these problems and support them in successful relocation?

The Czech Republic runs the State Integration Programme, in which social workers help refugees for example with integrating into the society or with learning Czech. Although this programme helps significantly, the support from the state ends after the programme is over – which is only after 12 months. This way, the state expects that refugees can successfully become a part of the society within a year, which is usually impossible. In addition to that, each Czech district runs a Hub for the Successful Integration of Foreigners, which is a continuation of the State Integration Programme. These, however, are for all foreigners, not only refugees, which is not enough support and assistance for those who had to flee from their home country. That’s where non-profit organizations, like ours, step in.

How does Caritas help refugees to become a part of the Czech society?

We complete the services that the state offers. We run counselling groups, various integration courses, and we help not only refugees but all foreigners that want to live in the Czech Republic, to orient themselves in different life situations– for example when they need to figure out health insurance. We often also go to municipal offices and other official places with the foreigners to support them and serve as a safety net in case of the language barrier being too wide. It’s very individual and depends on the specific person and situation. However, we try to teach them (and so far, successfully) that it is much better for us to deal with situations sooner than later when it can be too late. 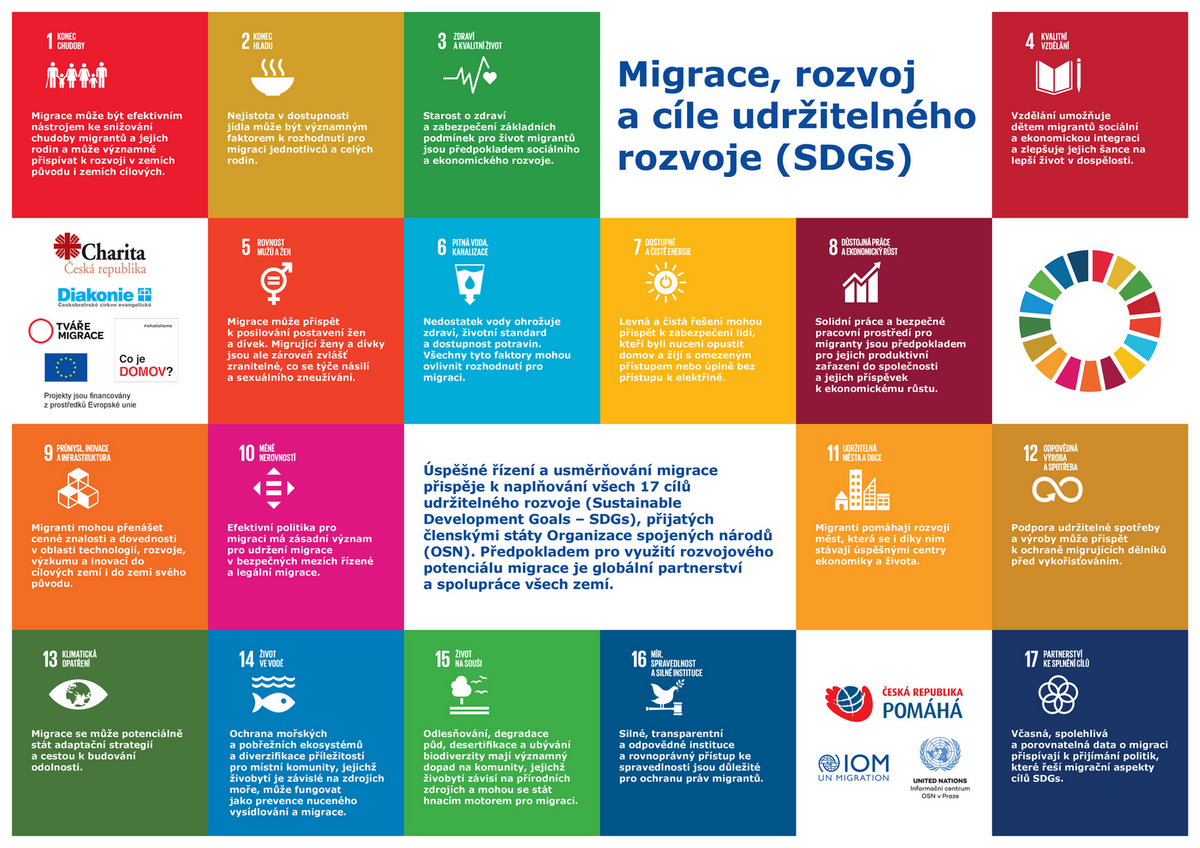 What specifically is your job in contact with refugees?

My job with a refugee starts with assessing how able the person is in speaking Czech and communicating with officials – the extent of my job with the individual foreigner stems from that. Mostly, when a refugee needs to visit the municipal office for example, we go with him but let him be the one to communicate. We are there only as a safety net. Most of the time, going there with them once or twice is enough and the refugee gains the confidence to deal with all of that alone – which is our ultimate aim. When it comes to counselling, for example when the refugee needs to find housing, it’s again about us teaching them how to communicate, for example how to introduce themselves. However, if the conversation is not going well and the foreigner does not understand, we are always ready to step in and help in any way we can.

How did the Covid-19 pandemic affect refugees?

First and foremost, due to closed borders, the number of refugees migrating to the Czech Republic greatly decreased last year. However, the pandemic affected the refugees that were already in the Czech Republic too. Integration into society was harder than ever before, with the refugees being unable to learn about life or people in our country. On the other hand, the fear of living through a pandemic in a foreign country meant that the refugees were very cautious – even more than Czechs themselves.

How can our society and the public help refugees in feeling more welcome?

Firstly, it is definitely very important to accept the refugees and not judge them based on the way they dress, the language they speak, or the colour of their skin. There should surely be respect towards the person that wants to live here. We should strive to make the refugees feel welcome. For example, when they go to the theatre or travel by public transport, situations where people laugh or scream at them should definitely not be taking place. At the same time, a big help would be if there were more integration activities where refugees could socialise with the Czech people. Media also play a big role in how we perceive foreigners. If the media presented them better and not in the worst way possible, the refugees would have a better and simpler time here. After all, the Czech nation is greatly influenced by what they see in the news.