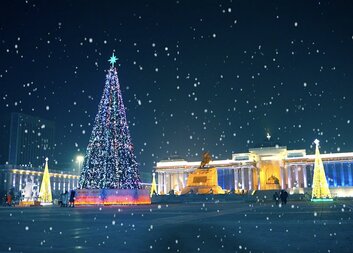 Do you know what chichilaki, pacha, or Tsagaan Sa is? Visit Christmas in countries where Caritas Czech Republic is helping

Preparations for the biggest holidays of the year are in full swing. Decorated homes as well as public places, Christmas sweets, carols, carps and potato salad are essential part of Christmas celebrations in the Czech Republic. But what about in other parts of the world, in countries where Caritas Czech Republic works? Do they celebrate Christmas in Iraq, Mongolia, or Zambia? What does this part of the year mean to different cultures?

Iraq – Christmas as the guarantee of peace

There are only about 400 thousand Christians in Iraq, a country with 40 million inhabitants. Still, Christmas and New Year celebrations in the country are quite huge – at least in the public areas. Streets, commercial markets, large and small shopping centres and other public places are decorated with beautiful Christmas trees and colourful lights. Like in for example Mongolia, the decorations refer to the approaching New Year, rather than Christmas. A Christmas tree is the most important aspect of the festivities and many families decorate them also at home. The traditional main dish served at Christmas in most Iraqi households is pacha. It is a dish made from sheep's head, trotters, and stomach.

Christians celebrate a traditional Christmas at home, Muslims and adherents of other faiths take the time to visit Christian families, offer greetings, and take part in public celebrations. These vary greatly from city to city, but there have been a number of large-scale festivities and carnivals throughout the past decade. The presence of military forces in these areas, particularly in the cities of Erbil and Baghdad, serves as a strong indicator of the relative tranquillity of the people who reside there. 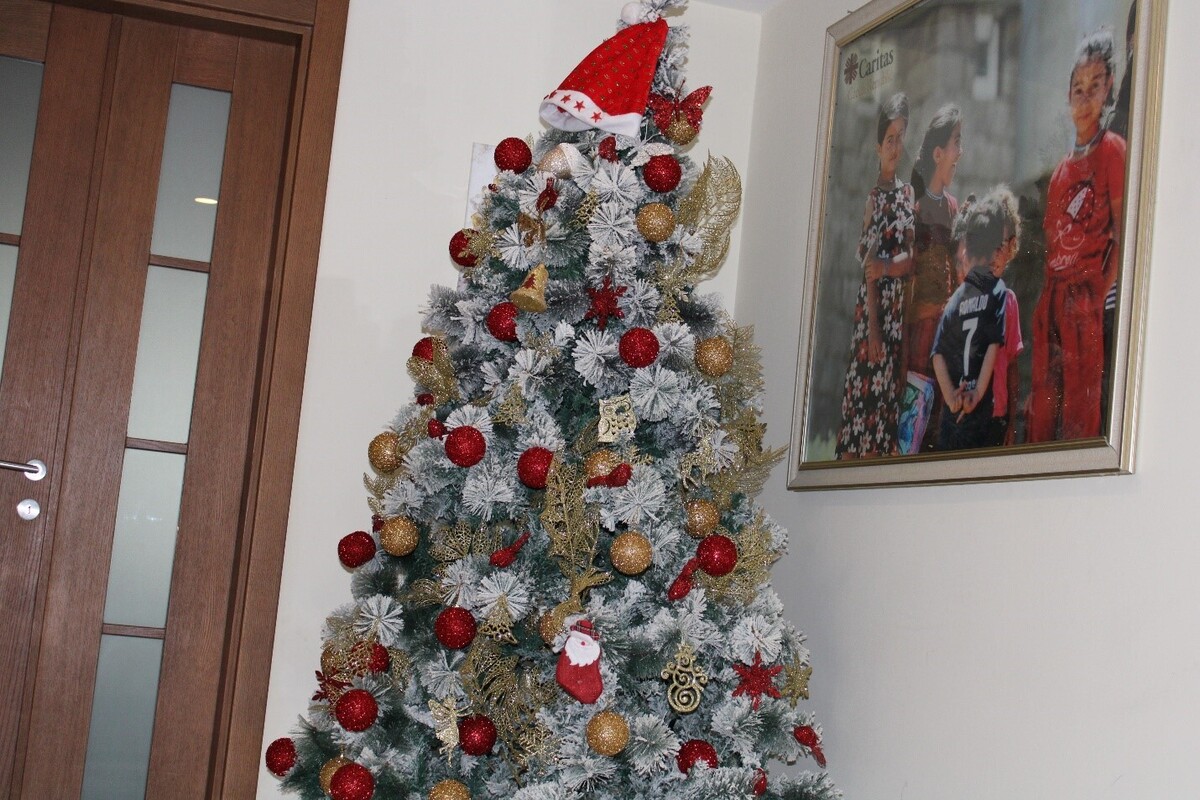 Every year, the Caritas Czech Republic team in Iraq, decorate a Christmas tree in the office to celebrate Christmas together.

In Georgia, Christmas is celebrated on the 7th January, in line with the Julian calendar. One of the main traditions is Alilo, a parade in Christmas costumes through streets. People in the parade sing carols and announce the birth of Jesus Christ, children receive sweets. Even though green Christmas trees are also popular in Georgia, the traditional Georgian Christmas tree looks rather different.

It is called chichilaki and it is made of dried hazelnut or walnut branches, which are shaved into long curly strips to form a small tree. Chichilaki then resembles the long white curly beard of St Basil the Great. Chichilaki is decorated with dried fruits and sweets. They are traditionally burnt on the day before the Epiphany (19th January) to get the house rid of all troubles. 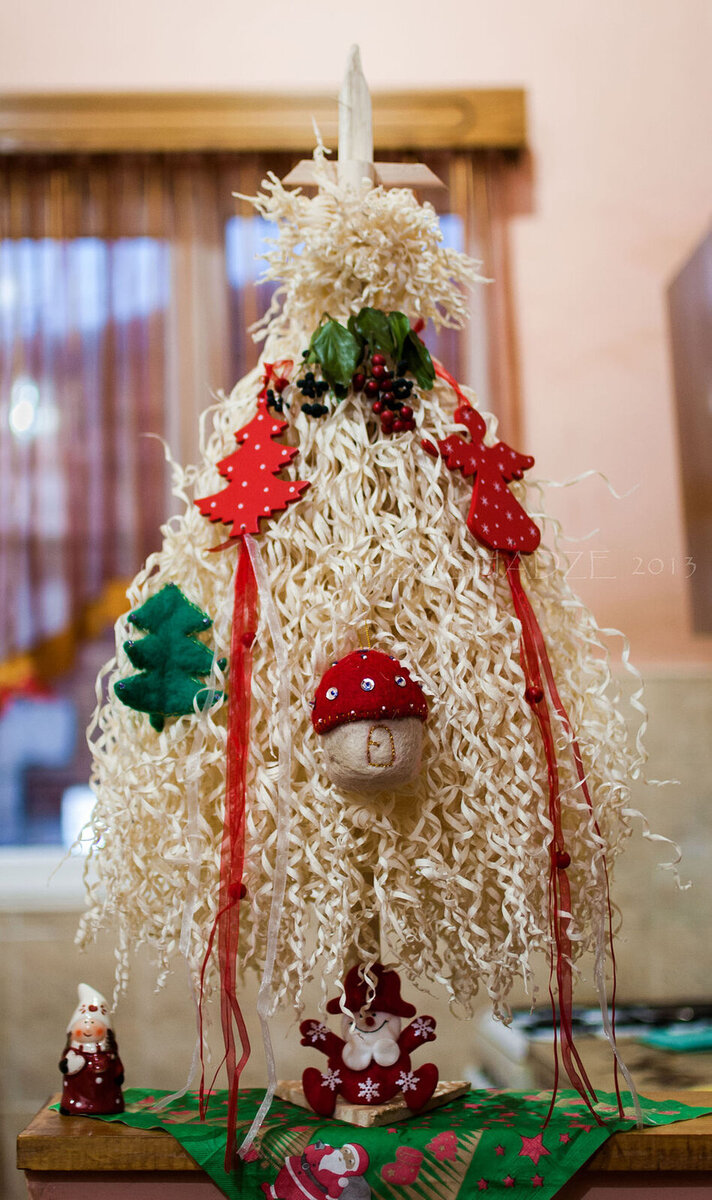 Presents are traditionally brought by Grandfather Snow (Tovlis Papa, or Tovlis Babua) dressed in a cloak made of white sheep's wool. He comes down from the mountains of the Caucasus to deliver treats and sweets to all the children in Georgia. In return, they leave out churchkhela for him, a sweet "sausage“ made of walnuts and grape juice.

Zambia – Celebration of the birth of Jesus Christ

Zambia is a Christian nation and people are very religious. For most of them, Christmas is a time to honour and celebrate the birth of Jesus Christ. In public places, shopping malls, and even some people's homes are decorated with Christmas tree. This all despite it being around 35 degrees outside.

An essential part of Zambian Christmas is special food, if a family can afford it. It consists of chicken served with rice instead of the traditional nshima. There are not many families who can afford to buy gifts for their friends and family, so there is no such tradition as baby Jesus, Santa Claus, or Grandpa Winter. But there is still a lot of generosity. No one is ever left out in the Christmas celebrations as people offer food and sweets to children in hospitals, orphanages and other vulnerable children. There is also singing and dancing.

The religious aspect of Christmas is the most important in Zambia. The most important day is 24th December, when people gather in churches to wait together until midnight to celebrate the birth of Jesus Christ. After midnight, there are big celebrations with fireworks, car honking and, above all, music. Apart from the Christmas Eve mass, many churches organise various Christmas gatherings that may last even several days. They combine talks with prayers and celebrations, as well as the performance of nativity games. 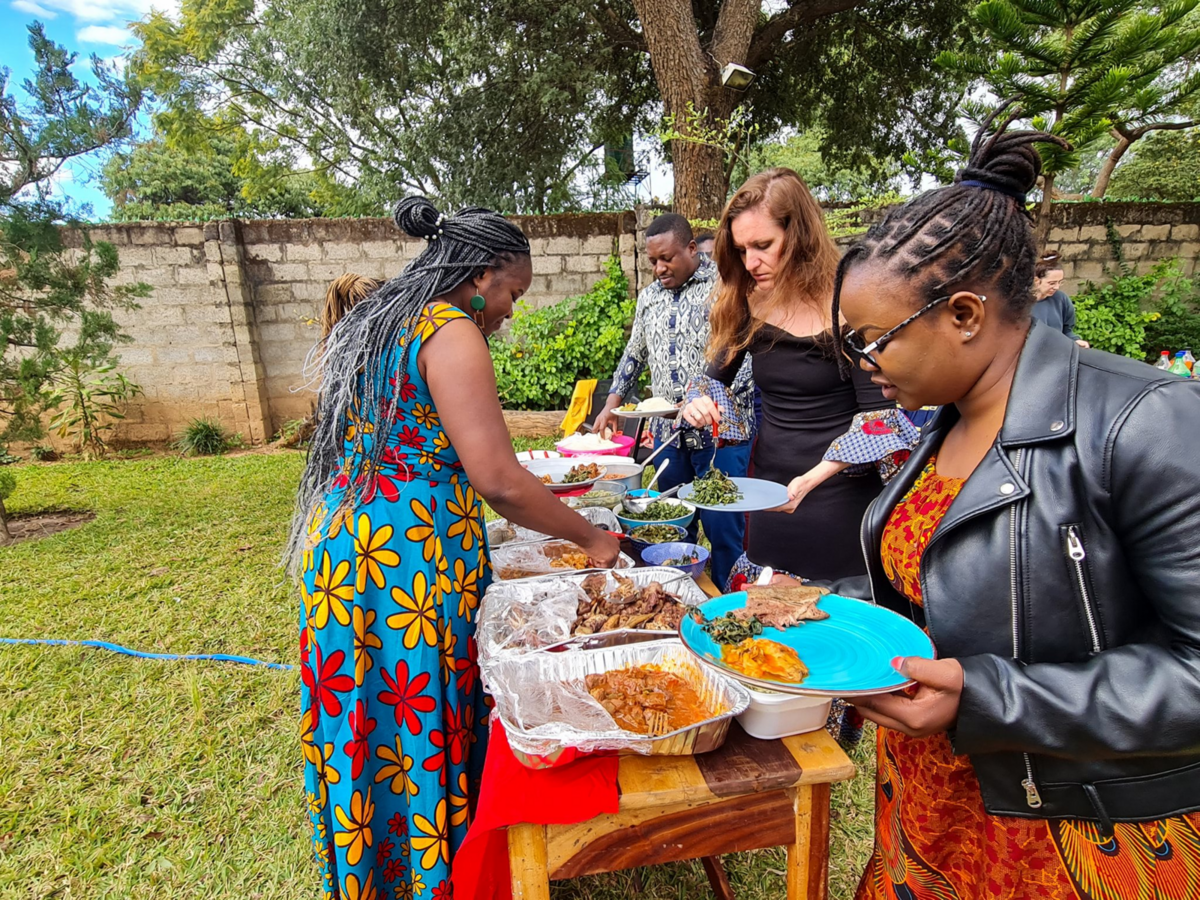 Christmas carols singing is one of the main Christmas traditions in Moldova. On New Year´s Eve, people gather and go from house to house to spread the good news of Jesus' birth. In return, they are given pies and biscuits baked especially for this event. But watch out, there is a rule that carol singers can visit houses only until the first star in the sky appears. 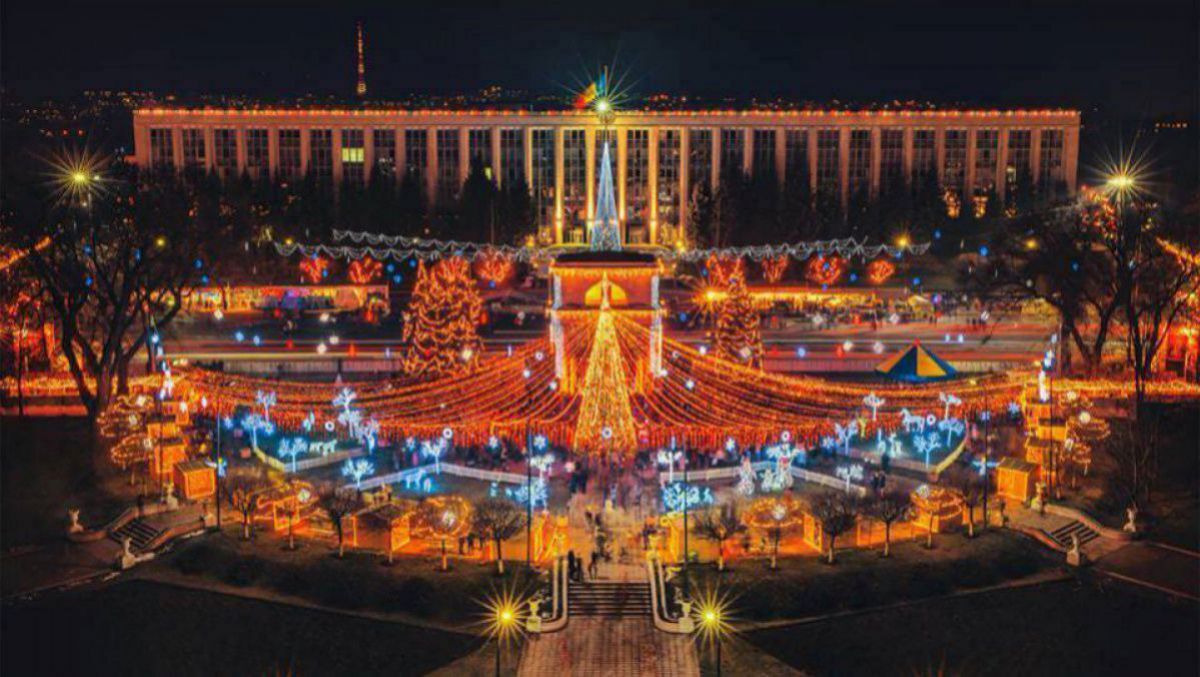 Mongolia is a Buddhist country, so they do not celebrate Christmas. Well, apart from the Christian minority (only 1.3 % of the population identify as Christian). However, in the streets as well as Mongolian homes, you can see beautiful Christmas trees. They are known as New Year’s Trees and some of the outdoor ones are impressive. The celebration of the New Year in Mongolia is a big event, which in some aspects resembles Christian Christmas. It is not only the decorated "Christmas" trees. Instead of Santa Claus, there is the Grandpa of Winter, inspired by Russian tradition. He is all dressed in blue and he brings gifts. 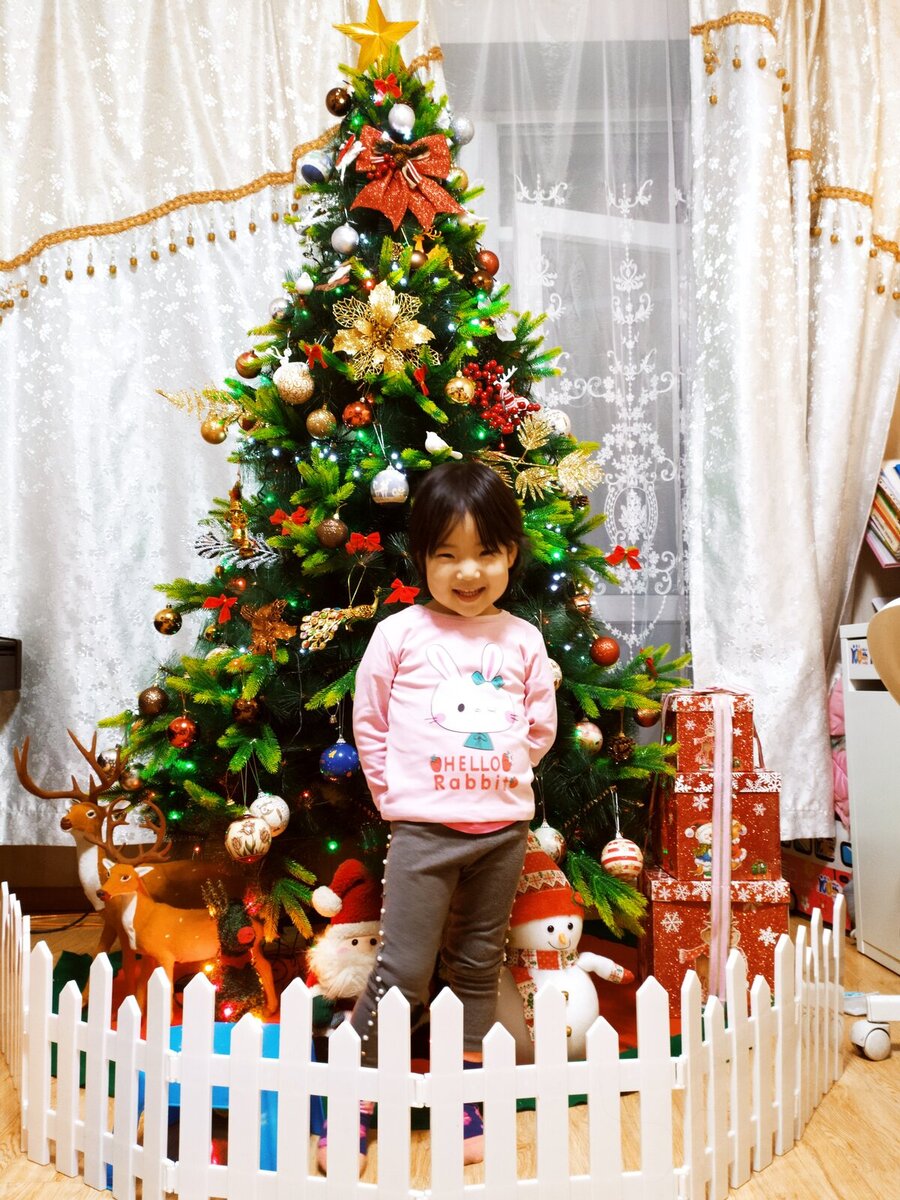 Mongolians celebrate the New Year the whole week before 31st December. They go to nightclubs and bars, which are more and more offering special events or dinners accordingly or at home with their families, friends, or colleagues. There are many parties and celebrations, at big parties there is always a special programme, “Grandpa of Winter” makes an appearance at these parties and he gives out gifts, there is a lot of singing and dancing. New Year’s parties culminate the day before New Year’s Eve. On 31st December, Mongolians celebrate the New Year at home with their families by the New Year´s tree. Every family enjoys a special New Year cake and eating and sharing the cake together has already become a family tradition in Mongolia.

Though the calendar New Year’s is a big celebration, Mongolia has an even bigger one on Lunar New Year known as Tsagaan Sar. This takes place either in January or February and the dates are decided upon by Buddhist Lamas. It is a three-day holiday and a huge family celebration. Not only does it celebrate the lunar New Year, but also the coming spring and the end of a long winter.

Christmas is celebrated in Ukraine according to different calendars: on December 25 according to the Gregorian calendar and on January 7 according to the Julian calendar. However, most believers prefer the January date. Christmas Eve in Ukraine is marked by traditional family gatherings at the so-called Holy Supper - Sviata Vecheria. Celebrations begin with the arrival of the first star, but preparations start from the very dawn.

The traditional Ukrainian Christmas dinner usually consists of 12 courses, symbolising the twelve apostles. The main course is the so-called Kutia, boiled wheat mixed with poppy seeds, honey, nuts and raisins. This Christmas dish has been so popular for centuries, not only in Ukraine but in Eastern Europe in general, that the whole Christmas Eve is often nicknamed after it. 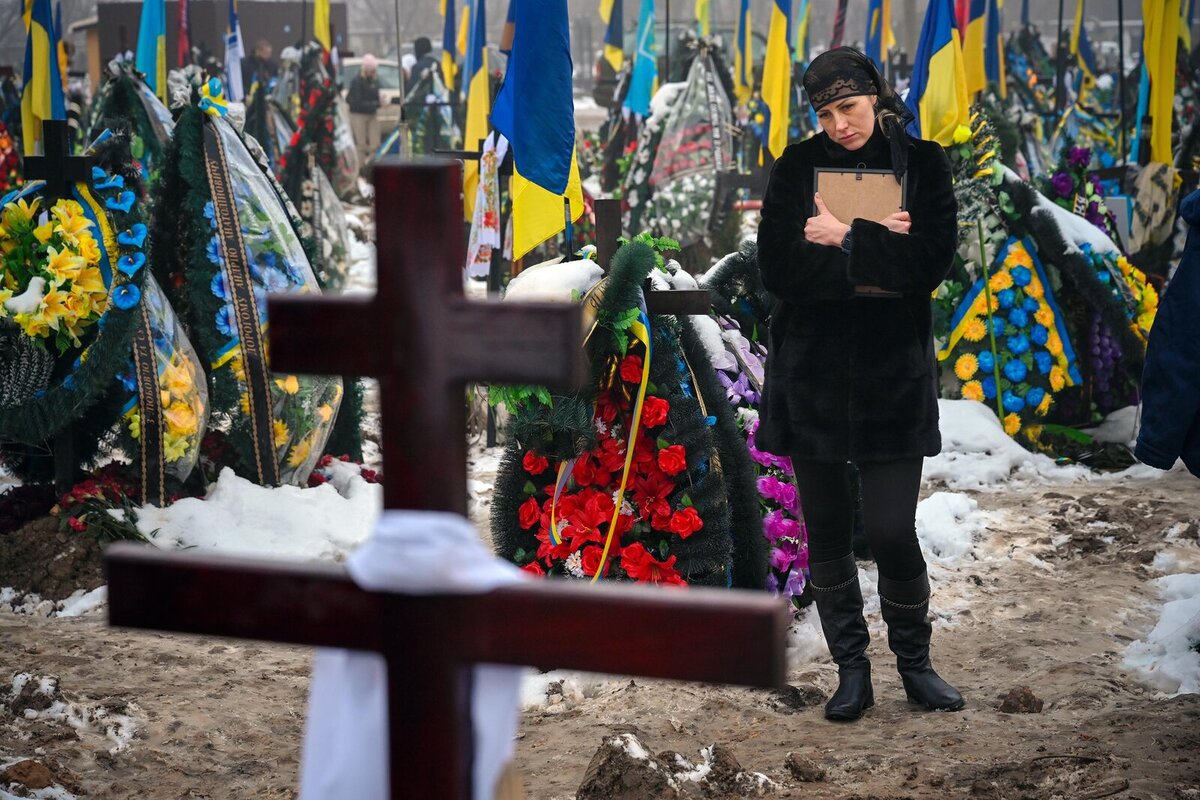 Traditional Ukrainian Christmas is not without its street celebrations. Girls and boys prepare special songs and poems, which they take house to house to entertain their neighbours with in exchange for sweet presents and pocket money. It is believed that the more trick-or-treaters come to the house, the more happiness and wealth the family will have in the coming year.

But this year, Christmas in Ukraine is different. Because of the war, the Advent season in Ukraine is not peaceful, but rather desperate. But even the Christmas holidays show the much admired indomitability of Ukrainians. "We don't know how this year's holidays will go in Ukraine. However, it is difficult to deprive us of our traditions and meeting our loved ones for a festive dinner," says Ukrainian Yelyzaveta Storchak.

Photo from Ukraine by Stanislav Krupař