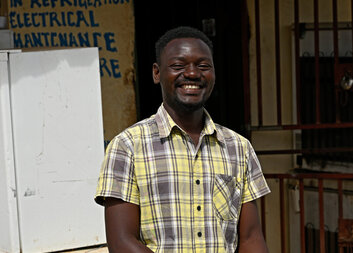 I repair refrigerators for a living, says 25-year-old refugee Nicholas

For Nicholas, finding a job in Zambia is almost an unachievable dream. Although he was born in Zambia, he is still considered a refugee. That is because his parents originally come from the Democratic Republic of Congo, from where they fled in search for safety. They found a safe haven in Zambia, where their son was born. Thanks to the support from Caritas Czech Republic, Nicholas now has his own workshop where he repairs refrigerators.

DONATE CHANCE FOR A BETTER LIFE

Making living with his own hands

We visit Nicholas in his small workshop in the wider centre of Lusaka, the capital of Zambia. This is where Nicholas has lived since birth with his family. In the small shop he rents from a relative, he has several larger or smaller fridges and the tools he needs to repair them. Not long ago, he did not even know what each tool was for.

"I attended a six-month vocational training thanks to Caritas Czech Republic. I learned how to repair refrigerators and now I earn a living thanks to this skill,” smiles the young man. "I also got a little financial support from Caritas Czech Republic to get started, which enabled me to rent this workshop," Nicholas says gratefully, pointing behind him to the modest shop where he repairs fridges and freezers. 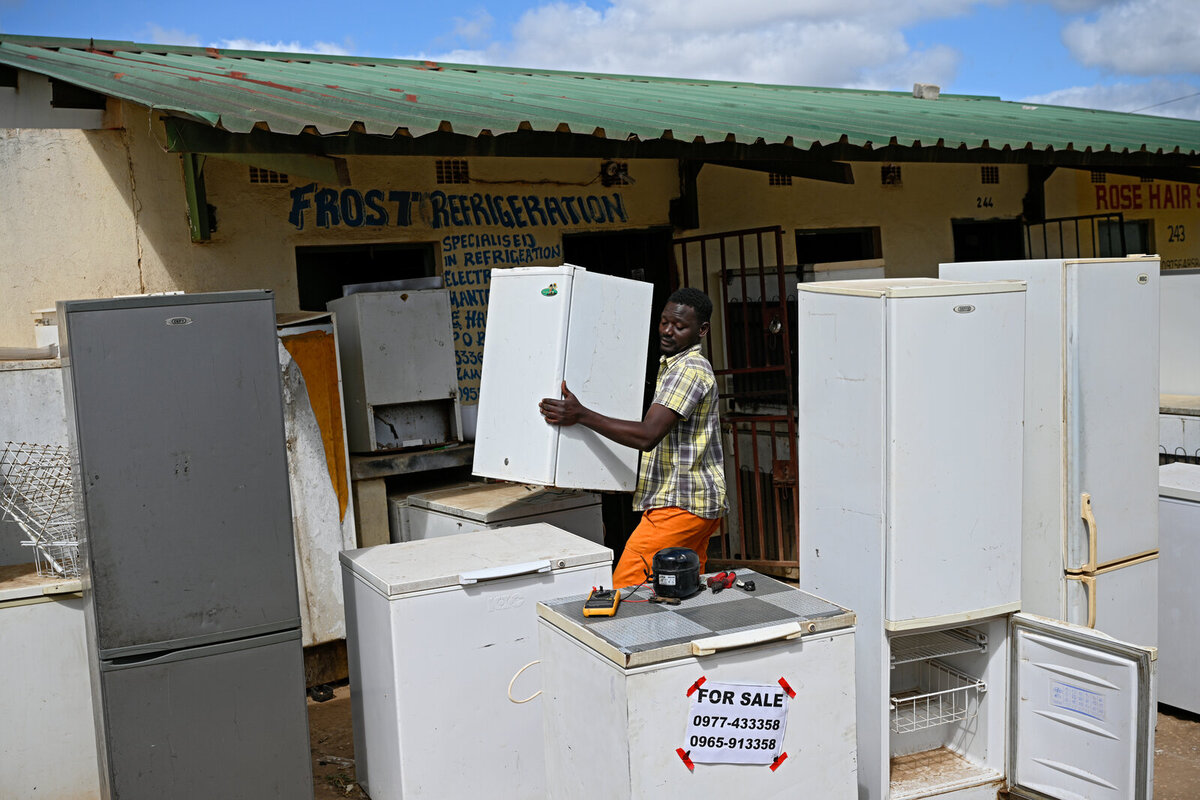 Nicholas lives with his parents and two brothers in Lusaka, almost two hours away from his work place. Yet he spends every day in his workshop, including weekends. ”I enjoy my work and I am grateful to Caritas Czech Republic for making it possible for me to learn how to repair refrigerators,” says Nicholas and reveals his plans for the future. If all goes well, he wants to buy his own workshop so he does not have to rent the space.

Part of the six-month vocational training Nicholas attended, thanks to the support of Caritas Czech Republic, was the preparation of a business plan. The young refugee learned what it takes to set up his own business, how to keep track of his finances and where to find customers. Today, he says, they come to him mainly on referrals. "I have repaired fridges for a few people and they were happy with me, so they recommended me to their friends," Nicholas says happily. 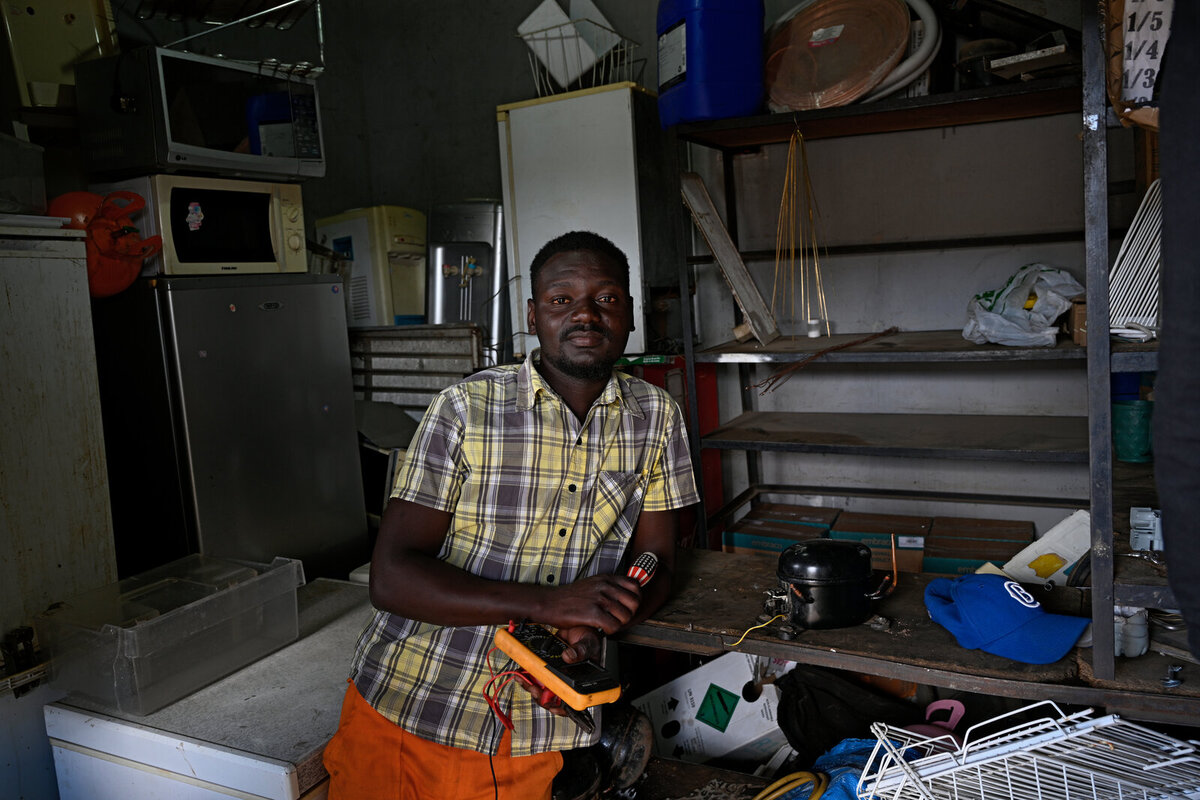 Supporting refugees to stand on their own feet

There are currently over 105,000 refugees living in Zambia. They have fled here mainly from countries like Angola, Burundi and Rwanda. By far the largest number of refugees come from the Democratic Republic of Congo, like Nicholas' family. They have fled to Zambia to escape bloody violence and instability, as well as devastating poverty.

Although Zambia is a safe haven for refugees, it is hard for them to make a living in the country. Whether because of government restrictions or because of the difficult conditions in the places where the refugee camps are located. Caritas Czech Republic is supporting refugees like Nicholas to get an education and learn a skill so they can earn an income and stand on their own two feet.

9 interesting facts about Zambia that will surprise you

Thinking of taking a trip to Africa? Explore the mysteries of beautiful Zambia, which, in addition to the famous Victoria Falls, also offers vast wetlands on the Zambezi River, interesting history and a Czech footprint left by Emil Holub in this sub-Saharan country.

How tailoring has enhanced Beya Biakunienga’s life, thanks to Caritas Czech Republic

When people flee their countries because of wars and conflicts to seek a better and peaceful country, they often think their life will run smoothly without any challenges. Unfortunately, the reality is usually disappointing. Life becomes even harder as they settle in refugee camps, especially if they do not have any skills to help them provide for themselves. Thanks to Caritas Czech Republic in Zambia, Beya Biakunienga, a refugee in Mayukwayukwa refugee settlement now has a skill that will better her life forever.

For many women in the rural part of Western Province of Zambia who are facing economic challenges, opening a business that requires huge capital is a far-fetched dream. Thanks to Caritas Czech Republic for introducing the “Savings for Change”, Pumulo Akombelwa now owns a grocery business and is able to pay school fees for her children.