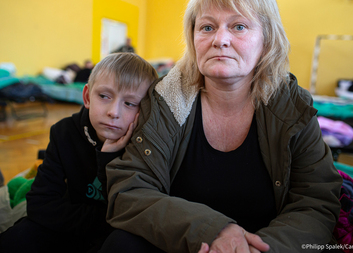 Tanya fled to Poland with her younger son, the older one stayed with his father in Ukraine

The war in Ukraine writes many stories. Tanya Garhin's family is one of many the war has torn apart. Tanya went to Poland with her younger son, 16-year-old Dimitri stayed at home with his dad. Her eldest daughter remains in Ukraine with her husband and one-month-old daughter. We met Tanya and her son in Przemysl, where people like them received help from the local Caritas.

The war divided the family

Tanya spent the first days of the war with her husband and two sons, Nikita and Dimitri, in a shelter near their home in Mykolaiv, in the south of Ukraine. As the shelling was increasing Tanya feared for her children. The decision to leave the country was made. Nikita, the youngest, went with her, while Dimitri, 16, stayed in the country. "He did not want to leave his father alone. It was a very sad goodbye," Tayna recalls. Her 26-year-old daughter, her one-month-old daughter and her husband decided to stay as well.

They had almost no luggage

The journey to western Ukraine took them 20 hours. "People were sleeping everywhere they could," Tanya says, while Nikita looks over her shoulder. From there, they boarded a bus that took them to Przemysl, Poland. There, a local Caritas offered them a helping hand. 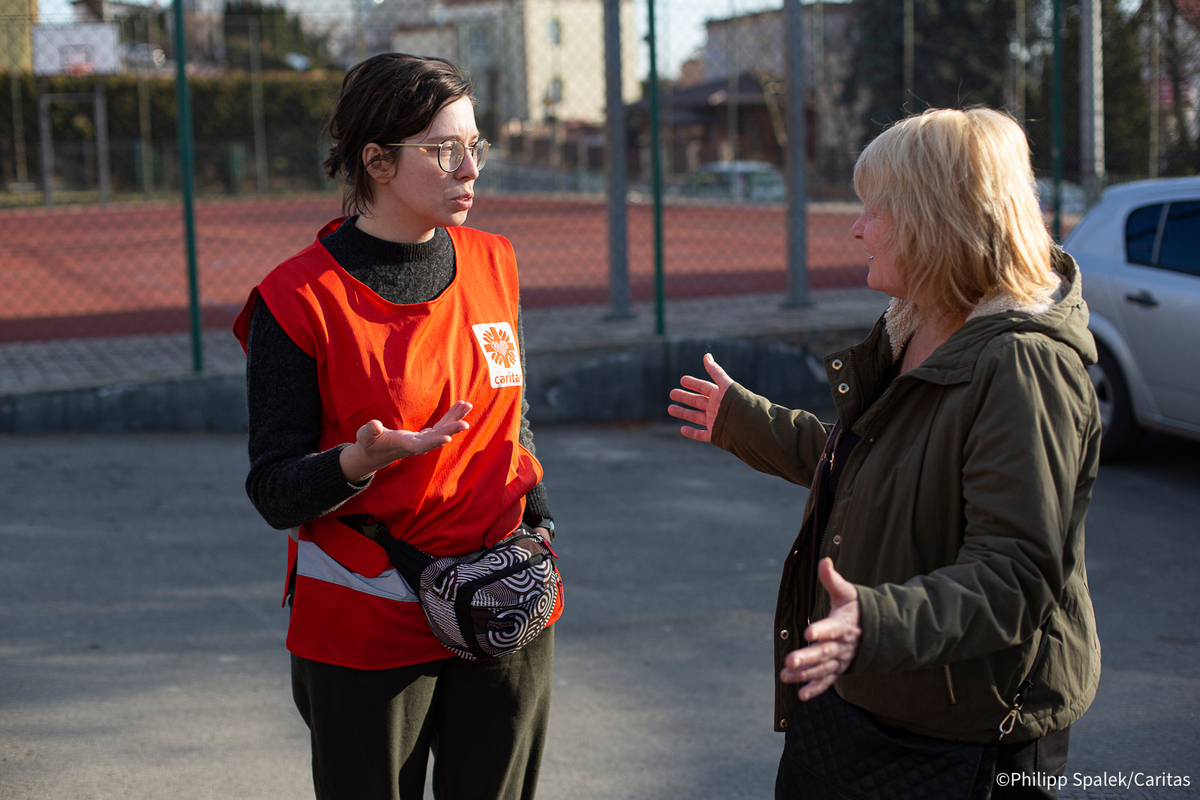 "We had almost no luggage with us," says Tanya. Volunteers gave them refreshments and basic necessities. They also sheltered them in a local primary school. Then, they will move to close to Krakow, where Caritas workers found them a long-term accommodation.

Tanya hopes the whole family will be reunited soon

Tanya checks her phone every minute. She worries about her two older children and her husband. She sees horrifying images and news from Mariupol and other cities in her country.

"If my daughter comes, maybe Dimitri would come too," says Tanya with hope, still waiting for a message from her family to appear on the screen.